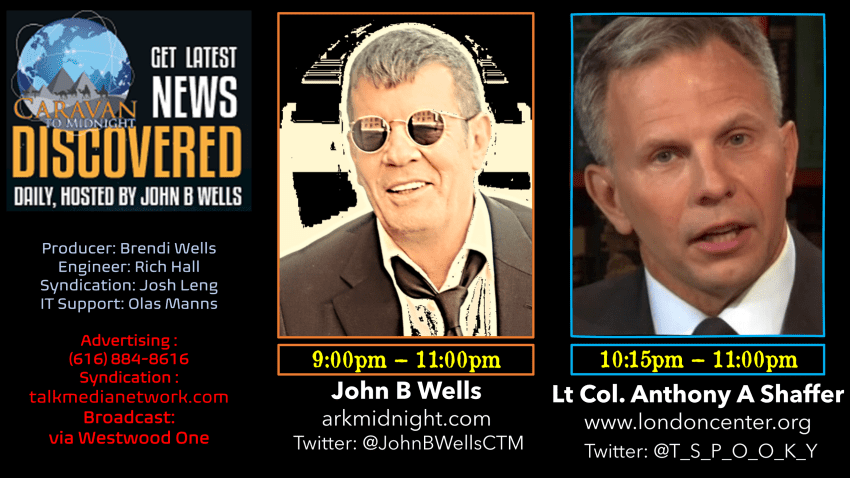 • Lt Col. Anthony A Shaffer
Lt. Col. Anthony (Tony) Shaffer (retired), is the President of the London Center for Policy Research, a New York Times bestselling author, and retired senior intelligence operations officer with 35 years of experience in military operations and national security. In his think-tank work, he is an advisor to senior members of the Intelligence Community, Pentagon, and key members of Congress.

He also works with National Geographic as co-Producer and Senior Advising Producer of the series Chain of Command – a program that documents the Pentagons’ successful effort to defeat ISIS during the first year of the Trump administration. In 2017 he became the Homeland Security Advisor to the Stafford County Sheriff’s Department in Virginia.
He is now an advisor to President Trump’s 2020 Reelection Campaign.