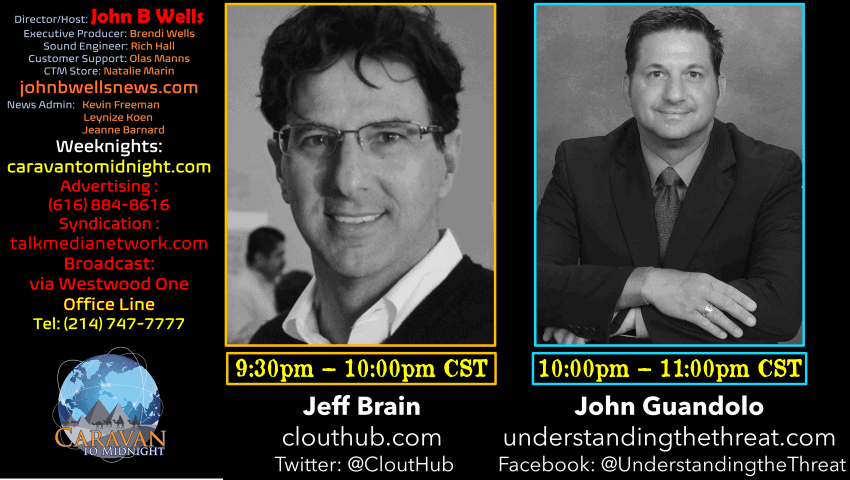 Founder and CEO of CloutHub.com, which is a next-generation, all-in-one social media platform that allows users to positively connect & collaborate about their interests, and current social, political & community issues.

John is the President and Founder of Understanding The Threat, the only organization in America providing tools to leaders, police, and citizens to identify and dismantle jihadi/terrorist networks in their local communities. Currently, Mr. Guandolo advises governments – U.S. and others – on matters related to National Security, specifically the threat from the Global Islamic Movement. He actively briefs and teaches members of Congress, senior military officials, police, the intelligence community, key community leaders, and others. Mr. Guandolo served as a guest lecturer at the Joint Forces Staff College and at the U.S. Army War College. He is the co-Author of the book: Sharia: The Threat to America (2010), and author of the books, Raising a Jihadi Generation (2013), and Islam’s Deception: The Truth About Sharia (2019). His books may be purchased at his website www.understandingthethreat.com or at Amazon. Mr. Guandolo is a member of the Veterans of Foreign War, the American Legion, and the Force Reconnaissance Association. He frequently appears on television and radio, and regularly publishes articles related to these matters in a number of media outlets.