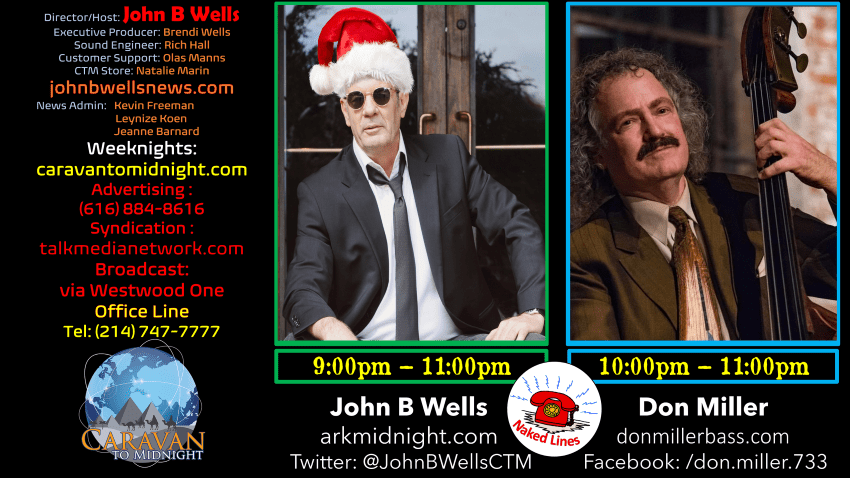 As a double threat on acoustic upright bass and an arsenal of various electric
basses, he has appeared in the U.S. and World Tours with pop artists such as Clarence Clemons (Bruce Springsteen), Britney Spears “Tour 2001,” O’ Town, Enrique Iglesias, and served as musical director & bassist for N’Sync. He has played virtually every major venue from Madison Square Garden and Carnegie Hall in NY to the Staples Center in Los Angeles.

In addition to an extensive history as “hired-gun” to many of the greatest artists of the 20th century and beyond he has developed a successful music production company and solo career. Don has appeared on such major network and national radio and television shows as ABC’s “Good Morning America”, the Latin Grammy Awards, many appearances on MTV, and as musical guest on “Marian McPartland’s Piano Jazz” on NPR radio.

Don’s current album “A Christmas With You” features guitar great Vic Juris with an All-Star NY/LA band. It has been called by musicologist & Jazz Historian Friedrich “Sven” Schumacher “One of the most vital Christmas Albums and freshest breaths of air to come along in many a year. …containing quite possibly the most significant new original Christmas music to come along since Mel Torme’s “Christmas Song” and Vince Guaraldi’s “A Charlie Brown Christmas” over some half a century ago now”

Additionally, Don has been featured in some of the most prestigious publications in the industry, such as BASSICS Magazine (voted #1 bass magazine in the world) and the preeminent Jazz magazine JAZZ IMPROV.

Born in Brooklyn, New York, Don garnered most of his musical experience while growing up and living in N.Y. and Los Angeles and later stints in Miami, as well as his travels worldwide. Having made the trek back “home” to New York in 2005, he now resides in Woodstock, NY where he continues his work as Composer, Producer, and Solo Recording Artist.