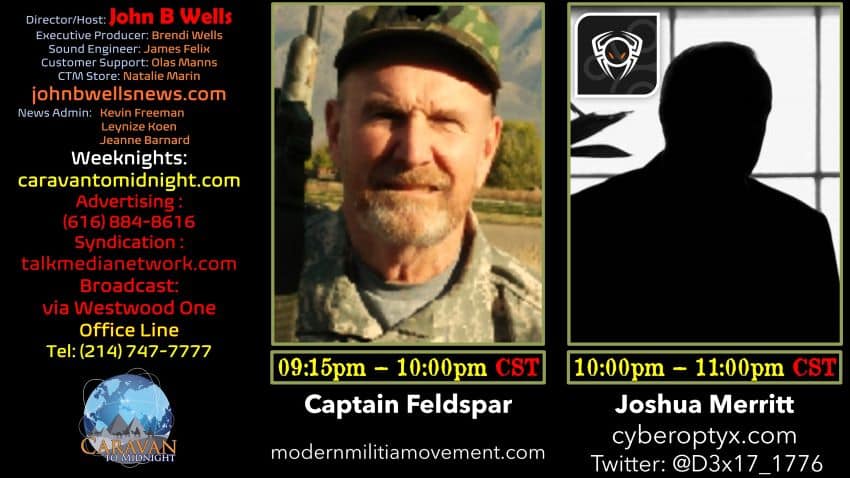 Served for 6 years in 17th Field Artillery Brigade with 2 combat tours, 05-06 in Iraq as a point gunner for a convoy security operation and 09-10 in Afghanistan as Point gunner, mechanic, and electronic technician in a Route Clearance package operating in RC East. While in the Army operating independently within Hacker groups such as Anonymous, Red Cult, AnonGhost, and others hunting cyber terrorists and gaining informants for passing intelligence up to the US IC. Assisted in gathering intel that led to the takedown of ISIS members such as Junaid Hussain, Al Turkmani and assisting with stopping planned terror attacks in countries like Belgium, Georgia, Russia, France, and in the US.

Assisted in foiling cyber operations against the US, Israel, Russia, and Europe.

After leaving the Army, Joshua went to college and worked under mentorship with the Late Professor Kevin Henson for 4 years after leaving the Army. In 2017 he began working at Allied Special operations group (ASOG) in Charge of Cyber Operations under the mentorship of Kevin until his passing in 2019. While at ASOG he began investigating election fraud prior to the 2018 Midterms and worked on multiple cases from Texas to Kentucky researching election fraud and vulnerabilities of the election system. It was during this time that Russ Ramsland and Joshua notified many of these vulnerabilities from the FBI to elected officials.

Designing computer systems using Field Programmable Gate Arrays and Field Programmable Frequency modulators coupled with off the shelf microelectronics like Arduino and Raspberry Pi’s to assist in EW operations. Working to reinvent binary systems and streamline communications at the processor level to aid in encryption dominance.