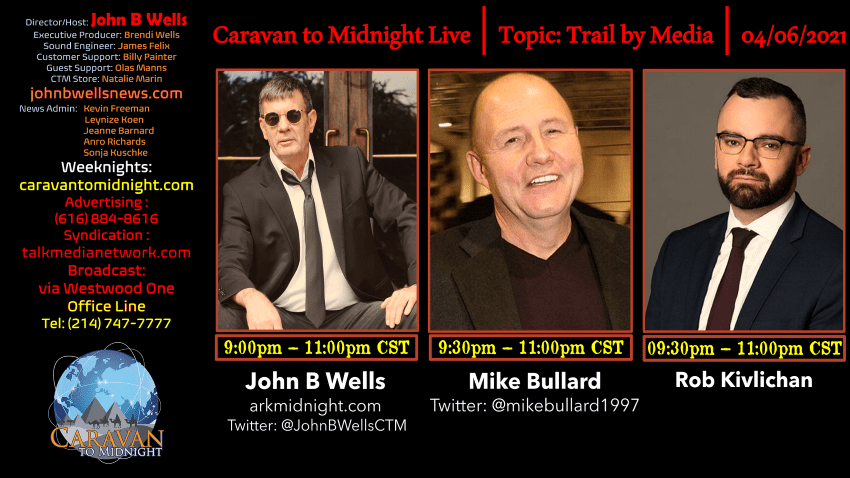 As the song says “Breaking up is hard to do” … We’ve all been there and even seen the fictional portrayals of some extreme cases; Fatal Attraction, War of The Roses, and Kramer vs. Kramer. But, truth is indeed stranger than fiction. It can also be much more viciously maligned by our mainstream media and even more so by our court systems. Let us reflect upon the real-life tribulation and persecution of those who have been wrongfully accused; Gen. Michael T Flynn, Roger Stone, Dr. Judy Mikovits, or the late Rueben “Hurricane Carter”. Now, try to imagine two individuals at odds…, some very highly publicized adversarial odds at that. Each of them, working on the air for rival national media syndicates. Each of those syndicates was all too eager to protect their brand and their team members at all costs.

While studying law, Robert focused on criminal law and constitutional litigation, finishing in the top 10% of his first-year class.

During the summer of his first year at the University of Ottawa Faculty of Law, Robert interned at the Assembly of First Nations (AFN) in Ottawa. Robert’s time at the AFN was focused on the final stages of the litigation surrounding the Residential Schools Settlement Agreement (IRSSA). As a result, Robert is actively involved in First Nations rights and issues, including land and resource claims.

After law school, Robert was recruited to work at one of Canada’s premier international business law firms, Bennett Jones LLP, where he learned from some of the brightest legal minds in the private sector. During his articles, Robert gained practical experience working on securities fraud and recovery, constitutional litigation, and white-collar crime.
After his Call to the Bar, Robert joined the firm of the venerable Edward H. Royle where he litigated everything from minor drug charges to the defense of one of the most prolific serial killers in Canadian history. It is here that Robert’s passion for criminal defense took hold.
Since founding KIVLAW Barristers, Robert Kivlichan has become widely recognized as an authority on the law of bail, sexual assault, and domestic violence. These are the cases most likely to go to trial and it is a trial where Robert Kivlichan demonstrates his formidable skills as an advocate and trial lawyer.

Robert Kivlichan represents clients on all criminal charges with a particular focus on defending those who have been wrongfully accused of domestic violence and sexual assault. His purpose is singular in focus: to achieve the best possible results. If you have been charged with a serious crime, you need to put your trust in a highly-skilled criminal lawyer.

Rob understands how intimidating the process of being cuffed, arrested, fingerprinted, and charged can be. Criminal Defence Lawyer Robert Kivlichan will take the time to hear your side of the story, explain the charges against you and counsel you regarding the best approach to your defense strategy based on the circumstances surrounding your alleged crime. Each case is approached with diligence and 100% of our energy and dedication.

You may have been charged with a crime, but that does not mean you are guilty of it. Being convicted of a crime can lead to several consequences. Not only can you face incarceration and/or fines, but you will also have a mark on your record that can severely limit your opportunities in the future. When facing a criminal charge in court, you need experienced representation on your side. Be sure to get some.