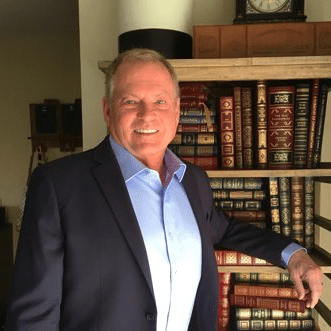 Lt. Col. Robert “Buzz” Patterson exposes the terrifying, behind-the-scenes story of the years when the most irresponsible President in our history had his finger on the nuclear trigger. Dereliction of Duty is the inside story of the damage Bill Clinton did to the U.S. military and how he compromised our national security. From his laughable salutes, to his arrogant, anti-military staffers, the message came through loud and clear: the Clinton Administration had nothing but contempt for America’s men and women in uniform.

In Conduct Unbecoming, Lt. Col. Robert Patterson—New York Times bestselling author and former Senior Military Aide to President Clinton—exposes how President Barack Obama’s national security policies are weakening our military and endangering America’s safety. From underfunding and misusing the military to his “Apology Tour” across Europe and the Middle East, President Obama has made America more vulnerable with both our allies and our enemies.

Patterson served 20 years as a pilot on active duty in the United States Air Force and saw tours of duty world-wide including combat operations in Grenada, Bosnia, the Persian Gulf, Somalia, Rwanda, and Haiti.

From 1996 to 1998, Colonel Patterson was Military Aide to President Bill Clinton. During that time, he served at the right hand of President and Mrs. Hillary Clinton and was responsible for the President’s Emergency Satchel, otherwise known as the “Nuclear Football,” the black bag with the nation’s nuclear capability that accompanies the president at all times. As such, Patterson had an office and a bedroom in the White House and accompanied the First Family at all times. In addition, Colonel Patterson was operational commander for all military units assigned to the White House, which included Air Force One, Marine One, Camp David, and the White House Transportation Agency.

Patterson was born in Chapel Hill, North Carolina. He is a Distinguished Graduate from the Air Command and Staff College; he has his Bachelor’s Degree in Political Science from Virginia Tech University and a Master’s in Business Administration from Webster University in St. Louis, Missouri. He, his wife and their three children currently reside in California.