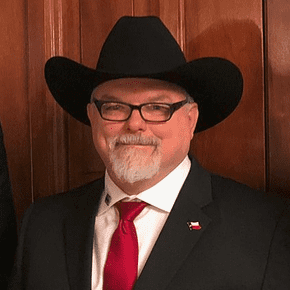 A native of Sutherland Springs, Texas, Stephen Willeford was raised in a family of five on a dairy farm near the First Baptist Church. He is the fourth generation to live on a few hundred acres of land in Wilson County.

Stephen has always relied on his faith to guide his life, and his deep roots in Sutherland Springs are a product of his family’s commitment to their community. An avid sportsman, Stephen began shooting at a young age and honed his shooting skills by participating in shooting competitions as he grew older. He made sure his three children were trained in gun safety, passing along his expertise.

After the deadly mass shooting in November 2017, Stephen has become known across the country as the “good guy with a gun.” Stephen credits his unwavering faith and penchant for preparedness as to why he was able to step in during this critical incident, believing that each day of his life prepared him for what happened on that Sunday morning.

Stephen has begun speaking publicly about his life and experiences, even delivering a lauded speech at the National Rifle Association Convention in May 2018. Because of his selfless service to his community, Stephen was also an honored guest of members of the Texas delegation at the 2018 State of the Union address in Washington, D.C.

An experienced professional plumber, Stephen earned his license from the Plumbers and Pipefitters Apprenticeship School in San Antonio and has nearly 35 years of experience in his field. In 2018, Governor Greg Abbott appointed Stephen to serve on the Texas Private Security Board. He is a member of the National Rifle Association (NRA), is an NRA-certified instructor and a former assistant scoutmaster with the Boy Scouts of America.

Stephen has been married to Pam Farmer Willeford for 29 years and has three children.