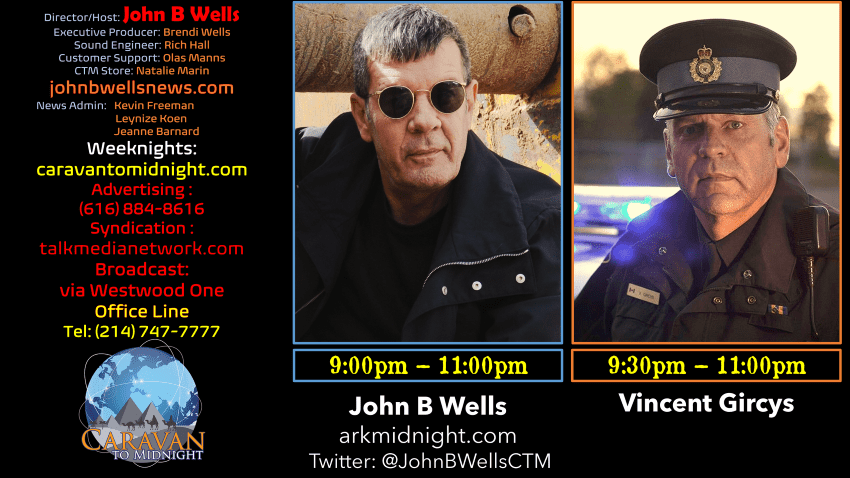 Getting an accurate report as to how a traffic accident or any incident actually occurred is usually difficult enough for the police, even when those involved are present, alive, and well. It’s much more difficult, if and when there are fatalities or multiple vehicles involved. For over three decades, Vincent Gircys was a member of the Ontario Provincial Police, his home province’s version of a state trooper, with some very special scientific training. His beat included Hwy. 401, a trans- provincial route some 510 miles long. His one- time home detachment oversaw a section of roadway that is 18 lanes wide and sees more traffic than L.A.’s Santa Monica freeway, making it the highest volume and highest density roadway in N. America.

With that distinction also comes some of the highest incidents of collisions and fatalities. He has investigated over 4,000 collisions and pedestrian incidents. Equipped with forensic collision reconstruction training, Vince was a very busy man with a steadily beeping pager, one that summoned him to the scene of over 200 horrific fatalities in just a few short years. He was an ERT officer (SWAT) and he is trained to read the fine details of blood evidence and patterns like a map, or a story from a book. Vincent has also been deployed to some very desolate and remote northern locations. Places where he was a minority in more ways than one, requiring the utmost in diplomacy, psychology and street smarts, rapid rapport building, cultural appreciation, and policing skills.

As a highly trained forensic crash scene investigator, well versed in taking note of the evidence, anomalies, and their causation, his skill set has now been personally re-deployed to serve a new purpose in his retirement. Observing today’s world around him is an ongoing investigation being conducted with enhanced clarity, renewed acuity, and laser focus. Despite the disappointment of his findings as to the emerging tactics of a universally compromised “management”, he wants every law enforcement officer active or retired to continue to demonstrate that; the Oath is the Oath, wherever you may be.

Now more than ever, “To serve and protect” does not, nor should ever include; trampling upon the rights and freedoms of the public or their constitutions. That should mean never obstructing people from attending religious gatherings, shopping in independent businesses, or even enjoying some Texas-style brisket… Vince is now sending an APB to the consciousness of all members of law enforcement everywhere… 10-999…10-7…10-21…Those codes mean; Officer needs urgent assistance, Let’s take a break, Call me we- need to talk. … So let’s talk …