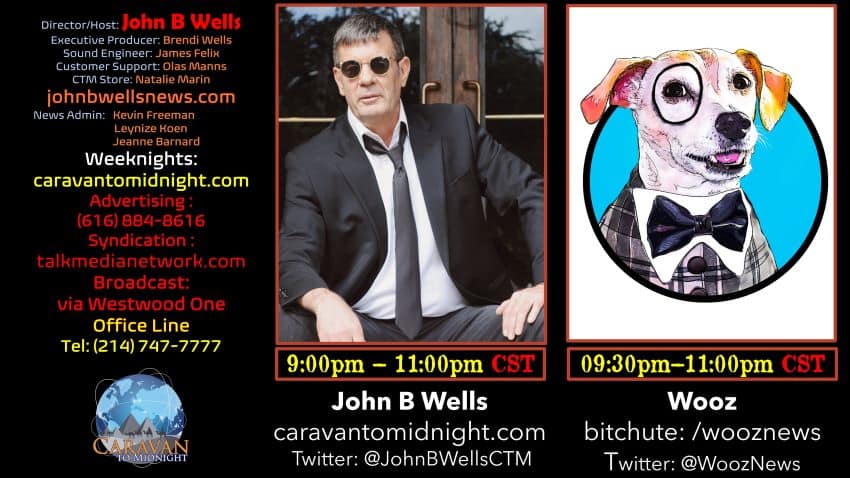 The simulated riots in DC were a powder-keg long in the making. The evidence for preplanning and setting up a situation for disaster is overwhelming. In this episode, we are going to show you how a little stage direction and fake blood became an instrumental role in furthering the division of the nation. Strap yourselves in-it is going to be a bumpy ride… down the Babbitt hole.

The media game is a “dog eat dog” world. Wooz News is the creative alias of a seasoned documentary maker, editor, and actor who is all too familiar with the trickery and tactics of mainstream media. Especially as it has been used to sway political opinions and public perceptions.

Dogs just know what real and what is not, don’t they? As the insightful host of Wooz News, Wooz, a wiley well-spoken Jack Russell cross is definitely “Best in Show” for his abilities to sniff out; deception, trick photography, the use of staging, special effects, and of course those lovely people we know as “crisis actors” working from a scripted narrative.

Wooz is quite at home on the lavish set of his popular show. His playful wit and humor cushion the blows between asking the tough questions and speaking the doggone truth about what he has dug up that week in the world around him. Wooz likes a good game of fetch but definitely prefers hardball to fluffy toys and puffy stories.

While many a mainstream newscaster recently barked out false narratives about President Trump using “dog whistle” political tactics to incite mayhem on Jan. 6th, in DC, Wooz’s keen ears, eyes, and sense of smell detected no such thing but rather a much different falsehood at play on the 6 o’clock news. He knew right away these mutts were just strays performing “stupid human tricks”. Some of them even had their papers in their back pockets, while others later howled out confessions that they were indeed paid protestors. There hasn’t been this much farcical film making depicting chaos in combat since 101 Dalmatians ran onto the set of Braveheart.

Wooz then broke the story by painstakingly breaking down and compiling a composite montage of many different videos taken at the scene that day. It is now an insider’s expose’ that would impress legendary Lords of the lens from Kubrick to Hitchcock. He is not doing any of this to become rich, especially Seth Rich. This dangerous revelation is indeed very serious in its nature and has prompted the need for the name and the identity of “His Masters Voice” to remain somewhat anonymous.