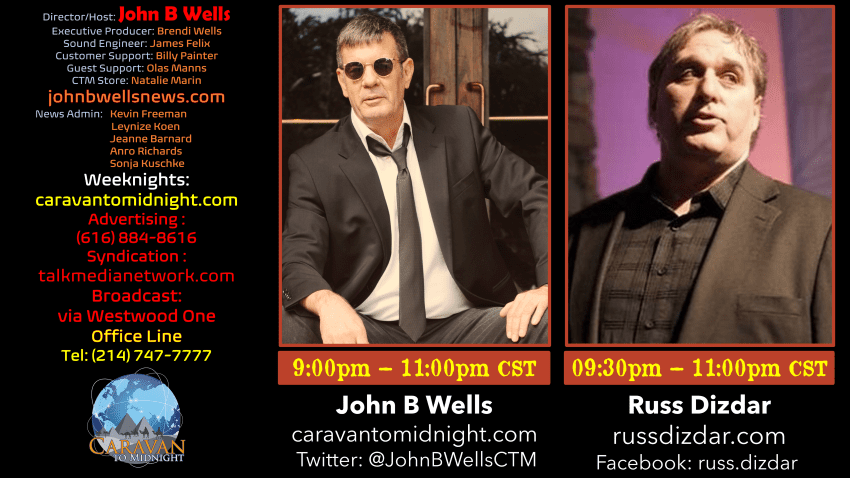 Russ Dizdar is a man who loves people deeply, he is a husband, father, and now a very happy grandfather. He loves good coffee, the deep woods fills his research rooms with thousands of books…. and Indian motorcycles. Russ loves evangelism and feels this is the core of his life and mission, he is committed to bringing discipleship content to millions and seeks to expose radical evil …. while unleashing the message and works of Jesus… Russ sees Jesus as ‘the hero of humanity’.
An intense and avid researcher Russ has been to 5 schools and seeks to enroll in two more. He has built a research center to work out of and uses it to help write, speak, and engage the issues that impact the world. He continues his research of prophecy that he sees as Prophetic ‘Intel’ -the future as God gives in scripture as it relates to the end of days and the beginning of forever.

As a ‘demonologist’ (a researcher of and 35 + years of doing ‘exorcisms’- deliverance ministry) he has studied both the scriptures and has researched the underworld for over 40 years. This has led to the vast work he doing right now as he engages the underground of satanic ritual abuse (master race stuff), human trafficking and the global network of what the scripture calls THE MYSTERY OF LAWLESSNESS.

Coming out of the ’60s into the 70’s Russ was a rock n roll bar fighting seeker, consuming drugs, alcohol and searching through every door he could to find some meaning. He was a dabbler in dark occultism and a practitioner of golden Buddha meditation where he was trained in astral projection to seek the ascended masters… Russ says “I sought to experience anything spiritual or supernatural and alternative I could, I wanted to find something, some point for living this life.” But I didn’t, instead, I found myself on the edge of death and hell itself…. see more in the upcoming autobiography ‘Once Blind’.

Russ Dizdar, who was saved in 1975 started out in the AOG Church, was licensed to, and then Ordained to the ministry October 1978 reformation Sunday at Green Baptist Church by the SBC. He has served as Sr. Pastor of 4 churches over a 30-year period. He was also a credentialed Ex. Director of Greater Akron Youth for Christ, a former Police Chaplain -UNIT 78 UAPD. He is (1982) Founder and now directs Shatter the Darkness, founded, and continues to be a ‘missionary’ to the world by radio when he launched the RAGGED EDGE RADIO. He has preached in Churches and conferences across the USA, held training seminars, and loves to do crusade evangelism. He has launched websites and broadcasts messages that have been heard and downloaded in over 150 countries. The internet sites with the free teaching/seminar audio courses, radio archives, and conference training have been downloaded worldwide as of 2019 over 75 million times- audios ( MP3s).