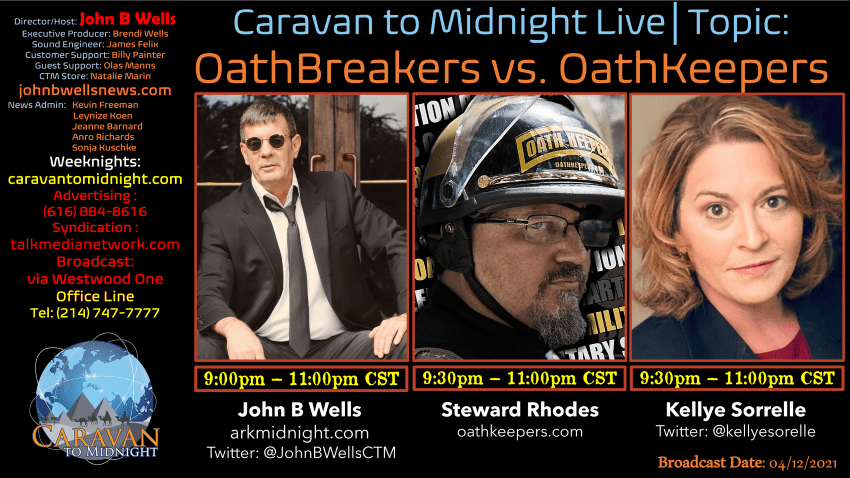 Stewart Rhodes is the President and Founder of Oath Keepers. He is also a graduate of Yale University having majored in Constitutional Law. Stewart served in the US Army as an Airborne Scout and founded Oath Keepers as he believes that the oath taken by all United States Military and Law Enforcement Personnel is an oath for life.

Oath Keepers is a non-partisan association of current and formerly serving military, police, and first responders, who pledge to fulfill the oath all military and police take to “defend the Constitution against all enemies, foreign and domestic.” That oath, mandated by Article VI of the Constitution itself, is to the Constitution, not to the politicians, and Oath Keepers declare that they will not obey unconstitutional orders, such as orders to disarm the American people, to conduct warrantless searches, or to detain Americans as “enemy combatants” in violation of their ancient right to jury trial. See the Oath Keepers Declaration of Orders We Will Not Obey for details.

Kellye Sorelle is a courtroom veteran who has worked as a defense attorney and as a prosecutor and assistant district attorney. She is a graduate of the Oklahoma City University School of Law and resides in the Dallas – Fort Worth area. She has also devoted a great degree of time conducting her own recon and research regarding election fraud and a first-hand account of the activities at the nation’s capital on Jan. 6th of 2021.

Since time immemorial, legal strategies and courtroom tactics have included discrediting a witness, or simply in lieu of solid evidence, attempting to disparage an opponent’s character. When slander, libel, malicious characterizations, and frivolous accusations are the only cards being played by one side or another, it usually doesn’t make a good lawyer long to call their opponent’s hand and win the day with simple and provable truths in this high stake game called; “Your day in court”.

However, in a world of inverted realities, even those entrusted to safeguard the US constitution, bravely and patriotically risking their lives to protect us from enemies foreign and domestic; Truth has been maligned by depraved adversaries with ongoing and secret agendas being carried out by many hidden hands within our own legal, political and media apparatuses.

One of the deep state’s latest ploys is an attempt to brand some of our most highly decorated combat veterans and even patriots from within law enforcement as “terrorist threats” adding to that even” racist hate criminals”. They are now comparing the Oath Keepers organization with the KKK! And even further, now attempting to recruit members from within the organization to spy on each other?

All this gas-lighting, false accusations of racism, and evil smear campaign might have worked better… had they considered that many members of the Oath Keepers and similar patriot groups are in fact a genuine organic rainbow coalition of whites, blacks, browns, Hispanics, Jews, American Indians, and Asians. A genuine mix of humanity that even Jesse Jackson should be proud of. Oath Keeper’s founder, Stewart Rhodes himself is of Latino descent.

Although the deep state’s scripting and casting may be a comedy of errors, it is certainly nothing to laugh about…They’ve even been able to cancel certain online fund-raising efforts that mention the name Oath Keepers.

Kellye Sorelle is a Dallas-based attorney who has taken up the cause of our veterans especially those within the Oath Keepers from being viciously maligned. She has undergone harsh criticism and even suffered her own personal sacrifices for doing so…