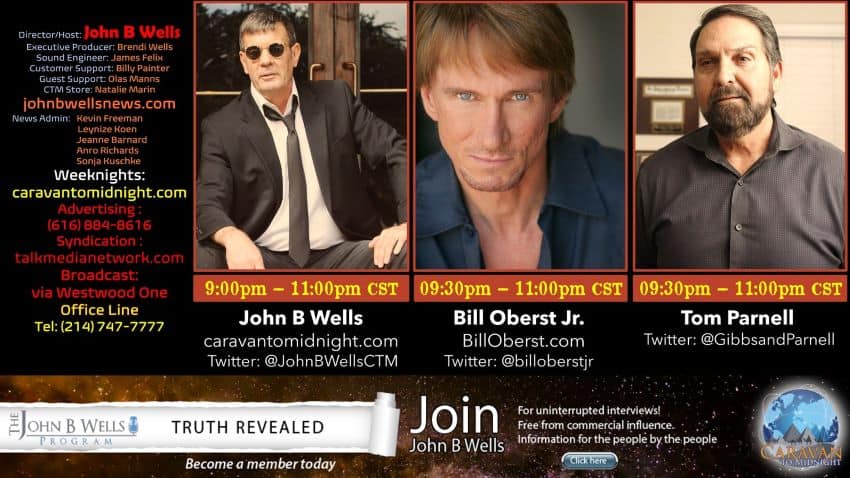 Imagine if you will, a compelling thriller film about a veteran radio talk show host, one with a few strong opinions, a few guns, a guy who discusses conspiracies, societal ills, corruption, political inaction, and corporate greed, with great passion over the airwaves and when he’s done talking, he then sets about personally doing his part to permanently remedy those problems, one at a time.

Bill Oberst Jr. is an Emmy Award-winning actor and is probably the most successfully terrifying horror film star that you may not yet know by name. But don’t worry, if you ever visited the innovative and most frightening viral Facebook phenomenon, Take This Lollipop, he already knows your name… and he knows where you live too.

Tom Parnell is an Attorney at Law at Gibbs and Parnell, P.A., Located in Tampa Florida. He is a graduate of Florida State University and deals in wrongful death, negligence and personal injury cases daily. As if that profession’s demands aren’t enough to keep him busy, Tom has written 4 movie screenplays, directed 5 features and acted in 10 movies. They include; Purgatory Road, Pondscum, Stressed to Kill (with Armand Assante and Bill Oberst Jr.), and now his latest project; Painkiller.

In a cruel and ironic real-life tragedy, Tom and his family suffered their very own devastating personal injury and a most wrongful death experience. The tragic loss of his son Jordan. In the twinkling of an eye, a handsome, athletic young man, with his entire life ahead of him was suddenly snatched from them by the opioid crisis.

While many professional grief counselors will recommend journaling as a therapeutic means of coping with loss, or trauma; Tom Parnell has actually written, produced, and even starred in his most recent cinematic project, in honor and memory of his late son and others like him. His hope is that this deadly crisis, one that has taken more lives than the Vietnam War will end very soon, and that is a hope that we can all share in.