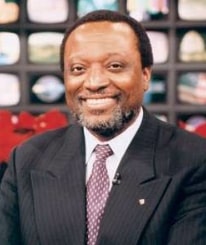 Alan Keyes, in full Alan Lee Keyes, (born August 7, 1950, New York City, New York, U.S.), American diplomat, radio commentator, and politician who was one of the most prominent African Americanconservatives in the late 20th and the early 21st century. He sought the Republican presidential nomination in 2008.

Keyes received a bachelor’s degree (1972) and a doctorate (1979) in government studies from Harvard University. In 1978 he joined the U.S. State Department as a foreign service officer.

In 1983 he was appointed ambassador to the United Nations Economic and Social Council in the administration of President Ronald Reagan.

From 1985 to 1988 Keyes served as assistant secretary of state for international organization affairs. An outspoken conservative he twice (1988 and 1992) secured the Republican Party nomination for U.S. Senate from Maryland .

In 1994 Keyes began a radio talk show that catapulted him onto the national political scene.

In both 1996 and 2000 Alan campaigned for the Republican Party presidential nomination. In 2004 he accepted an invitation by the Republican Party of Illinois to stand for election to the U.S. Senate after the party’s primary winner withdrew from the campaign, but he lost to Democrat Barack Obama.