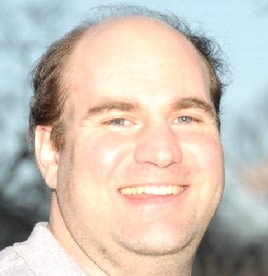 Alan McBride is an independent researcher, Bible teacher, and missionary to the Philippines. While on furlough in the United States, he writes from his home base in Maryland. He has aspirations to preach the Gospel, win souls to Christ, and plant churches throughout Luzon in the Philippines. In doing so, he plans to continue making disciples and training them for missions work in Mindanao, Japan, Korea, and all of Asia. All Lord willing!

By Way of a Short Biography: I am a Christian novella author. I became born again under the television ministry of Dr. Charles Stanley in November 1994. I have an Associate’s degree in Bible and history from Toccoa Falls College (2003); a Bachelor’s degree in history from Shepherd University (2004); a Masters of Library Science from Clarion University of Pennsylvania (2007); and a Masters in Religious Education from Liberty University (2014).

Recently, the Lord inspired me to write two books of a series: one on China and the other on North Korea. The first one entitled “The Happy Day Cult: China and the Back to Jerusalem Movement.” As to its header title, “The Happy Day Cult” is a pun that relays how the Maoists of China view born again Christians and the underground house church movement as cultists; and the “new day” refers to a time in the near future when China will be liberated from its Maoist bondage and Christians there will be able to worship the Lord and share the Gospel freely.

I recall, having subscribed to the Voice of the Martyrs, them asking for money to support Chinese Bibles being provided to Chinese Christians in Maoist China. The Lord appealed to my heart and I gave enough for five Bibles. In exchange, the five recipients would receive my name for them to pray for me and I would receive their names and pray for them. And I did just that … it’s from that exchange and prayer that I believe God was able to move in me to see China in a different way. It was also the start of me being led to understanding the Back to Jerusalem Movement and the plight of the underground house church movement in China.

How it came about was sometime in June 2011, I saw missionaries, Pelle and Evie Eriksson host a half-hour program on the Back to Jerusalem Movement, featuring Brother Yun, “The Heavenly Man” and Brother Ren, which aired on the Daystar Television Network at the time. Before that I never knew China to have any sort of Christianity left at all in it, considering how deeply Communism was entrenched in that country. This new understanding opened my eyes, my mind as well as my heart to how very much Christian China is fast becoming and how inspirational this renewed understanding was on my outlook on the future of China without it being Maoist any longer … just like what happened to the Soviet Union in the 1980’s!

When this understanding of how powerful and impactful the Holy Spirit has on the house church movement in China, the Lord led me to enroll in seminary, particularly Liberty Baptist Theological Seminary. Every course I had throughout the two years, I had to write a formal paper, a thesis. But it gave me the opportunity for most of those papers to express my understanding and interest in the Back to Jerusalem Movement and the move of Holy Spirit in that area of the world.

Originally, I wanted to write a large textbook on my theses, compiling the ones that were written on the themes of missions, evangelism, discipleship, and the Back to Jerusalem Movement. But when I realized the number of sources used for each paper, totaling over 250 authors, I realized that it would take me an awful long time to get permission from all those authors to use their material in this textbook. I prayed to Lord; He appealed to me that He taught in parables, and that I should do the same. From this prayer came about inspiration for my first short story, a novella on Jesus Disciples in China prophesying for China to be free from its Maoist bondage. It was completed in December 2015.

The second book in the series, the one on North Korea I began writing in January 2016. It’s entitled “The Death Mask War: North Korea, The Hermit Kingdom, And the Fall of the Cult of Kim.” It’s a continuation a few years later after China had been liberated in an internal military coup. Four missionaries appear (four characters that were in the first book): two are Christian men of the original Jesus Disciples group while the other two are Christian women, who were mentioned in the closing of the first book as taking the Jesus Disciples in from having escaped Maoist capture. The missionaries are couples; they are newlyweds who are part of a Chinese invasion of North Korea to liberate it from its Juche-Stalinist cult of personality. I finished writing the book when I was on a short-term missions trip Philippines in May 2016.