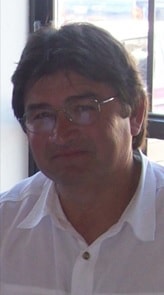 Alton Ragan has been an avid student of God’s Word for more than forty years. His soul burns for souls in these last days. Alton resides with his wife of 44 years in central Oklahoma and has two Daughters and four grandchildren. He served from 2006 to 2008 on the advisory board of the Shawnee Rescue Mission, an inner urban outreach, where they feed the hungry and meet the needs of people with open air witness and preaching. He has also served on the board of two churches and co-hosted Truth Talks, a local television program in the late 1990s, on Channel 11 in Norman, Oklahoma. He is currently working his upcoming book, To The Hills of Tribulation.