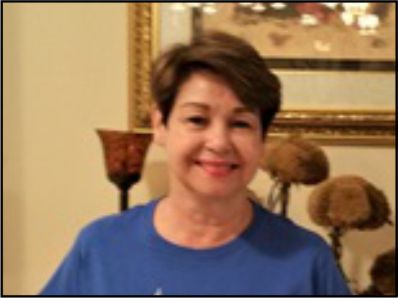 Born and raised in Managua, Nicaragua.  She attended a French Roman Catholic  Academy.  At the age of 18 she entered the United States as a US Resident.  Studied English and Secretarial Sciences at UC Chatsworth. Went to work for Gene Autry’s TV station KTLA-5, Hollywood, Ca. as Executive Secretary for the Chief Engineer.  Three years later, she went to work for NBC-4, Burbank, Ca. as Executive Secretary and Assistant to the CFO of Technical Operations.

In 1973 she went to work for Pan American World Airways as a Spanish and French qualified Flight Attendant.  She has been a licensed Realtor in California, Hawaii, and Florida and a real estate investor.  She became a US Citizen in 1975 and in 1979 lost her country of birth to Communism.

With her husband, James, founded Legal Immigrants for America.  The voice of the voiceless legal immigrant, in 2014.