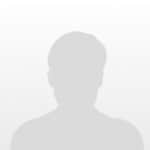 After completing University and the army in 1981, Barry founded a small press service which provided reliable features for a variety of magazines. Amongst the more glorious publications were The Hollywood Reporter, Screen International and Billboard. Included on the outskirts of the business were long reports in The Atlantic, The New Republic, Reason and New York Newsday.

Some of his early fame came from writing about the UFO phenomenon. From 1987-99, Israel saw a barrage of unexplained aerial phenomena, all highly publicized by the Hebrew media. Using ethical journalistic standards, he documented the events and received worldwide recognition for his efforts. Four episodes of the NBC-TV program Sightings were dedicated to his discoveries, and in 1999, Fox-TV devoted a full half hour of prime time to his work. He’s proud of this period of his career but the phenomena stopped and he hasn’t written a word on the subject since the turn of the century.

In 1990 Barry’s new book changed his outlook. Called, The Fall Of Israel, and published by Canongate Books of Edinburgh, the author challenged the Israeli bureaucracy’s foothold on corruption. The book received the lead review in the Economistand was followed by major reviews throughout the world. Some reviews included Sunday Telegraph, London Times, Yediot Ahronot, Jerusalem Post, Haaretz etc.

By the mid-1990s, Barry’s expose of Oslo in the National Review (March 14, 1994) led to another book published by Hearthstone Publishing of Oklahoma City. It led to Barry’s first speaking tour, that of 6 World Affairs Congresses from Palm Springs to Portland, Maine.

The height of Barry’s career was the appearance of his book Who Murdered Yitzhak Rabin in 6 languages in Israel. The book made number 3 on Yediot’s best-selling list and has profoundly influenced Israel’s view of the assassination. Every poll in the past several years has shown a majority of Israelis no longer believe Amir was Rabin’s murderer, or that he acted alone.

Other books followed the book on Rabin, aimed largely at preventing the so-called “disengagement.” Barry’s work was the subject of half of Israeli newspaper publications. But in 2005 the “disengagement” went through — and Barry had suffered a mild stroke and a death-defying car crash. His family agreed, he had to remove himself from Israel in order to survive.

Barry Chamish recently spent a number of months back home, living in Van Couver, British Columbia. He is currently moving on and not yet settled. Barry’s life work at this time is to let the world — Christians, Jews, Moslems, and anyone who will listen — know why Israel’s government has chosen to divide the country and leave it ultimately, defenseless against rockets, terror and war, and why both sides of the conflict are suffering needless casualties while speaking of a “peace” that is no peace.

Barry is available for lectures anywhere, to any group. He recently published two new books, “Bye Bye, Gaza” and “The Kennedys,” and is about to write another.

In his spare time, Barry loves to relax by a quiet stream, lake or pond — and fish. He says it lets him clear his head, and just relax and enjoy the beauty around him, especially after all the shell shock everyone in Israel is experiencing these days. It appears he has been quite successful at his fishing lately.