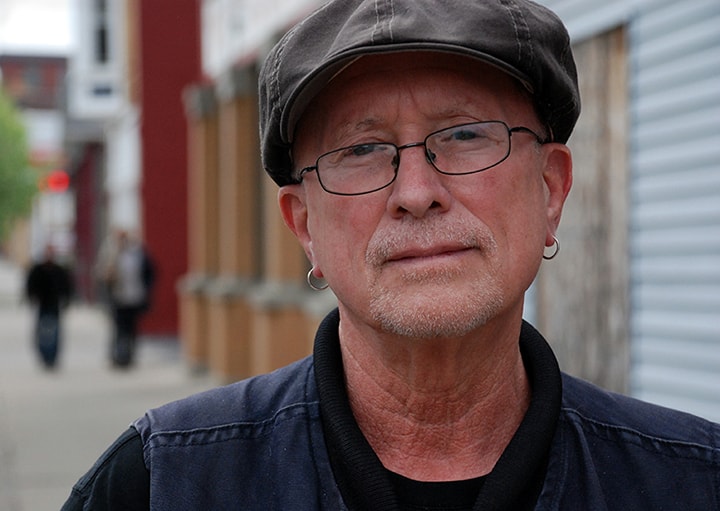 Bill Ayers is best known for his involvement with the Weather Underground, a militant group created to end the Vietnam War.

Synopsis
Bill Ayers, educator and activist, was born in Oak Park, Illinois. During his undergraduate studies at the University of Michigan, Ayers became involved with the Students for a Democratic Society(SDS) and the movement to end the war in Vietnam. He and several others founded the Weather Under-ground, believing the anti-war movement needed to use violence, if necessary, to achieve its goals.

Early Life
Activist, educator, author, member of the Weathermen (later known as the Weather Underground). Born William Charles Ayers on December 26, 1944, in Oak Park, Illinois. A former radical activist, Bill Ayers has established himself as an educator and author. He grew up as the middle child of five in the Chicago suburb of Glen Ellyn. His father was a business executive and his mother was a homemaker.

As a high school junior, Ayers was sent to Lake Forest Academy, a prep school north of Chicago. He joined his older brother Tim to University of Michigan in Ann Arbor after graduating from the acade-my. At the university, Ayers became politically active, joining the Students for a Democratic Society (SDS), which sought social and political change and opposed U.S. involvement in Vietnam. He took a break from college to work at an experimental private school in Ann Arbor in 1965 and then moved to Cleveland, Ohio, to help with a new school there. Returning to the university, Ayers continued to be involved in political and social causes, especially the anti-war movement. He graduated in 1968 with a bachelor’s degree in American studies.

The Weathermen
After college, Ayers devoted much of his time to his activism. He was among the demonstrators at the 1968 Democratic National Convention. Developing a more militant version of the SDS, Ayers helped found the Weathermen the following year. The group thought more drastic measures were needed to end the war in Vietnam. In October 1969, the Weathermen took to the streets in what was called the “Days of Rage” protests. The event started off with the bombing of a statue in Chicago’s Haymarket Square and then erupted into a clash between the group members and the police. During the conflict, 287 Weathermen were arrested.

Later that year, the group took responsibility for bombing several police cars in Chicago in retaliation for the killing of Mark Clark and Fred Hampton of the Black Panther Party by the police. By early 1970, many members of the group were in hiding, including Ayers. The organization was rocked by tragedy in March of that year when three members—Theodore Gold, Terry Robbins, and Ayers’ girl-friend Diana Oughton—were killed while making bombs in New York City.
Even after these deaths, the group remained active. Ayers participated in the 1971 bombing of the Capitol building and the 1972 bombing of the Pentagon, according to his 2001 book Fugitive Days: A Memoir. He remained underground for a decade. While on the run, Ayers became involved with fellow Weather Underground member Bernardine Dorhn. The two decided to come out of hiding in 1980 after the birth of their second child together, a son named Malik. (Their older son Zayd was born in 1977.)

Federal charges against Ayers and Dohrn were dismissed because of “improper surveillance,” according to an article in the Chicago Sun-Times. Ayers returned to school to study early childhood education at Bank Street College of Education and received his master’s degree in 1984. Staying on there, he worked as an instructor while working on a doctorate in curriculum and teaching, which he completed in 1987. Ayers joined the faculty of the University of Illinois at Chicago in 1992. In addition to his work at the university, he has become an accomplished author, writing numerous works on education, including The Good Preschool Teacher: Six Teachers Reflect on Their Lives (1989), To Teach: The Journey of a Teacher (1993), andTeaching for Social Justice: A Democracy and Education Read-er (1998).

Media Attention During the 2008 Elections
During the 2008 presidential campaign, Ayers found himself in the midst of media maelstrom. His connection to Democratic candidate Barack Obama became an issue brought up by John McCain’s campaign, which made automated calls to voters in several states, including Nevada and Wisconsin. The message, in part, said that Obama “has worked closely with domestic terrorist Bill Ayers, whose organization bombed the U.S. Capitol, the Pentagon, a judge’s home and killed Americans,” according to an Associated Press report.

Obama and Ayers have known each other for years. Ayers and Dohrn hosted an event for Obama at their house in the mid-1990s during Obama’s first campaign for the Illinois Senate. They both have worked with two non-profit groups, the Woods Fund of Chicago and Chicago Anneberg Challenge, over the years. They have not been in contact with each other, however, since 2005 excluding one chance encounter in their shared neighborhood in 2007, according to a report in The New York Times. “The suggestion that Ayers was a political adviser to Obama or someone who shaped his political views is patently false,” said Obama campaign spokesperson Ben LaBolt to The New York Times.

Ayers, a professor at the University of Illinois at Chicago, is on sabbatical for the 2008-2009 academic year. He lives in Chicago’s Hyde Park neighborhood with Bernardine Dohrn.