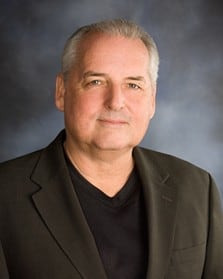 Bill is the founder of Prophecy Depot Ministries. He is a bestselling author, researcher and conference speaker. Bill has appeared on numerous Christian TV shows, like God TV, TBN’s Praise the Lord,… Daystar’s Marcus and Joni,… Sid Roth,… Jewish Voice, and more. His articles have been published worldwide over the Internet on sites like World Net Daily and the Christian Post.

Bill is an expert at explaining the prophetic relevance of current Middle East and world events. Readers appreciate his unique insights, and sensible, rather than sensational approach to understanding the Bible. He allows prophecy to speak for itself, rather than modernizing it into newspaper exegesis.

In addition to Apocalypse Road, Bill’s has produced several books and DVD’s, which include:

• Isralestine, The Ancient Blueprints of the Middle East,
• Revelation Road, Hope Beyond the Horizon,
• Psalm 83: The Missing Prophecy Revealed,
• Nuclear Showdown in Iran (The prophecy of Elam),
• America and the Coming Mideast Wars,
• The NOW Prophecies

Shortly after becoming a Christian in 1992, writing became a daily discipline for Bill. It has become Bill’s personal challenge to demonstrate the love of God through prophecy to each reader.

The discovery of prophecy as a gift rather than a threat is what most characterizes Bill’s work. People all over the world are learning through his steadfast efforts, that prophecy is not just for the scholarly, but also for every common man, woman, and child.