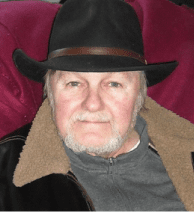 I am not the sheriff, that is another Bob Fletcher.

I am an investigator, concerned with the future of America, and doing something about it !

After years of a business professional career, Bob became involved with US Government top secret covert arms sales without even knowing it!

In a simple business merger, Bob merged his toy manufacturing company with a company that imported watches. But, exported weapons for the U.S. Government, top secret inteligence services!

That company was called Vista USA INC. and was a covert operational front for US arms sales and covert mercenary training! Eventually the owner ,Gary Best, attempted to recruit Fletcher into the business or arms sales and Fletcher refused to become involved. Later, Bob became a witness in the Iran Contra mess, and he then became an investigator assisting with several House and Senate investigations. (more on that later ! )

Since then, Bob has been chasing bad guys in the government, and producing some of the world’s best exposes. Bob’s reports on DVD and VHS are viewed all over the world.

After completing a report for Sonny Bono, which involved CIA and the drug connections leading back to top US government officials, a tragic death took place. Sonny had decided to do a major Congressional investigation into Bob’s report!