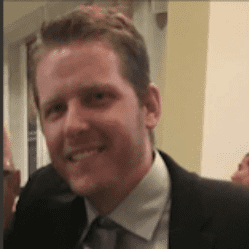 Brian Quinn was the Social Media Manager to the Kash Jackson Campaign for Governor of Illinois in the 2018 election. He served as the Social Media Consultant to several political campaigns in the Chicagoland area including one Mayoral Candidate in the 2018 race for Chicago Mayor and other Congressional races throughout Illinois.

Brian has been a Political Activist involved in many different causes ranging from Farm Murders in South Africa and Land Expropriation without Compensation to speaking out against Kim Foxx’s miscarriage of justice in the Jussie Smollette hoax case. He got many people across the country to call her office and demand she resign as well as promoting the Chicago FOP protest for her resignation heavily.

Brian Quinn was instrumental in the planning of the first #48Dark protest which eventually lead to the #DemandFreeSpeech in Washington D.C. on July 06, 2019.