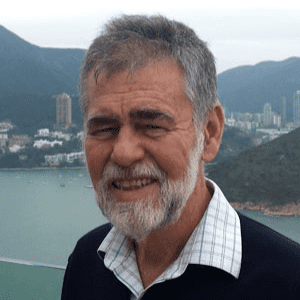 The Cleaner, True Story of one of the World’s Most Successful Money Launderers”

Please refer on the book web site “In the News” for print and radio background articles and interviews.

Bruce Aitken, who over a span of three decades was considered one of the world’s most successful money launderers. Bruce learned his craft from none other than Nicholas Deak, a highly respected banker and former OSS/CIA officer who was known as the “James Bond of the banking world”, and who was the banker of choice for the clandestine services of the US during the Cold War. Bruce speaks of his role in the Lockheed Aircraft Scandal in the 1970’s in Japan that led to the creation of the US Foreign Corrupt Practices Act, the Nugan Hand scandal and so much more. Bruce shares his insights of what he has learned from these experiences, whereby he actually facilitated at times, what he believes is today referred to as the Deep State and the Industrial Military Complex that operates outside the law to further its own objectives. Bruce is the author of The Cleaner, The True Story of One of The World’s Most Successful Money Launderers”.