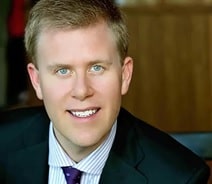 Bryan Crabtree began broadcasting at WDBL in Springfield, TN in 1993 while attending Springfield High School. After hosting an afternoon program for more than a year, he moved his radio career to Nashville’s Award Winning WSIX, “The Big 98″ where he produced Hollywood Nights (nominated for 1996 Country Music Association Large Market Host of the Year); While in Nashville, Crabtree simultaneously hosted a Sunday show syndicated on more than 250 Christian Radio Stations. Crabtree hosted mornings on WPZM in Hunstville, AL before moving to Memphis for Heritage WGKX as Production Director and on-air talent. While in Memphis, Crabtree was charged with revamping the production and continuity departments and was honored with the M.A.R.S. Award in 1997 for the most creative commercial production. Crabtree later moved to Charleston, SC for the launch of WNKT, Cat Country 107.5 for Citadel Broadcasting and began producing for Hollywood Productions and other clients for national copy and radio imaging. Crabtree, known as “Catfish Cody” was the afternoon host and Assistant Program Director in 1998 when the station moved, in two ratings books, from number 14 to number 4 market-wide in the key demo. In 2000, Bryan Crabtree began, what would become a successful real estate brokerage, while remaining in radio for Heritage Talker, WTMA in Charleston as a weekend and fill in host; a position he held for 13 years. In May 2013, he began hosting mornings on Simulcast Talker WQSC 1340 and AM950, The Voice. Bryan most recently was the live afternoon host on Atlanta’s Biz1190 from 4-6pm weekdays and airing again on AM 920 The Answer from 9-11pm.

Bryan Crabtree has provided a unique model of Writing, Speaking & Talk Radio information to the Atlanta community by inspiring greatness in his stories, speaking for the silent majority and adding common sense to common issues we face.

Bryan can be heard on talk radio stations throughout the country as an expert analyst of the top news stories in our media cycle. He is also seen on major national and international cable networks doing the same. His writing has appeared in TheHill.com, Townhall.com, DailyCaller.com, Lifezette.com and ClashDaily.com.