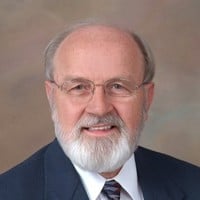 Charles Kacprowicz is the founder of CITIZEN INITIATIVES. He has been working to restore our Constitutional Republic (under Article V) for 41 years through Single Issue Amendments to the Constitution either through Congress or State Legislatures. The Countermand Amendment is his top priority because it will restore our Constitution and Republic quickly by allowing States to countermand and rescind laws and regulatory rulings that are burdensome to their citizens, businesses and industries without altering the Constitution. The Countermand Amendment is a tool for State Legislatures that will create a functional and Constitutionally correct balance of power between the Federal government and the States.

Charles has been fighting for the Unborn Child’s right to life since January 22, 1973. After hearing the news that the Supreme Court made elected abortions legal in its Roe vs. Wade decision, he addressed an outdoor audience at Akron, OH on January 23, 1973. His message before the first elected abortion was performed:

“We must overturn Roe vs. Wade! . . . We must not give American woman the right to decide who lives and dies in America”.

No stranger to media attention, Charles has appeared on hundreds of radio and TV talk shows. He conducts prophecy seminars, has been the guest speaker before 200+ audiences, lobbied Congress on behalf of the Unborn Child Amendment and Late Term Abortion Bills twice vetoed by President Clinton, and has received support from United States Senators and Representatives, State Legislators, Church leaders and Pro-Life Groups.

He has hosted one of the fastest radio talk shows on the Internet – STATE LEGISLATORS ROUND TABLE. His new fast growing COUNTERMAND AMENDMENT REPORT can be seen on PNN Talk Radio.

He has served in the Church as Preacher, Elder, Deacon, Teacher, Jail Ministry Director and Youth Director. Charles has been recognized by Entrepreneur Magazine for founding one of America’s top 500 entrepreneurial companies, has been licensed by the National Association of Security Dealers (NASD) and has been awarded the coveted “Authority Author” status by Ezine Directories.

Charles has been married to his first love for 50 years. He has two sons and nine grandchildren. He’s a graduate of California State (Government/Political Science), with 4 ½ years of post graduate work at Loyola Law School and Moody Bible Extension Studies. He also served honorably in the U.S. Navy.