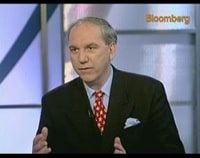 No books but articles many places including in Washington Times, Breitbart, American Thinker, Lifezette; and numerous interviews across multiple domestic print, radio, television, and podcast formats.

Retired from investment banking in 2002 at age 46, Charles began a career exposing complex financial frauds in 2007, when he shared his research warning about a looming credit crisis that would engulf over-leveraged multinational companies including General Electric. Thereafter, Charles was among the few who warned that Bush-Obama “tricks” (deficit spending and suppressed interest rates) would not truly fix structural ailments in the unregulated global economy. Starting in 2015, Charles expanded his comments to address charity frauds, concentrating on the largest ever attempted through the Clinton Foundation and its many affiliates. A graduate or Horace Mann School, Yale, and Harvard Business School, Charles still tries to learn something each and every day!