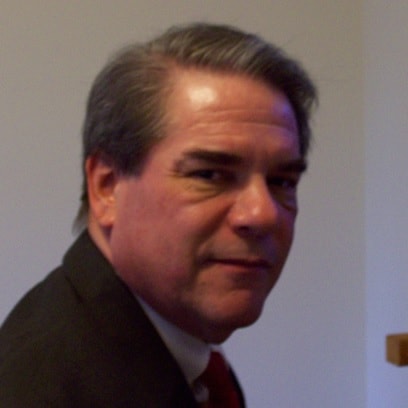 One of America’s leading experts on cyber technology and its implications for war, terrorism, privacy and every way technology interacts with our lives. Mr. Smith is currently the CEO of SOFTWAR Inc. – an information security company. He pioneered the use of light to generate quantum based computer security systems and has spent the last decade working on secure financial software for the business community.

Mr. Smith’s life sounds like a character in a Tom Clancy novel. He received a US government “Top Secret” clearance as a top-level computer engineer and was assigned to work with the U.S. Army on logistic projects during the Cold War. Smith provided war games programs that were used by the U.S. Army, as well as the U.S. Naval weapons center at Dahlgren, Virginia, and North American Rockwell. Smith has provided detailed combat simulations on advanced conventional, nuclear, chemical and biological warfare systems.

He worked for over a decade with the government of Virginia and the Virginia State Police on stolen vehicle tracking using the FBI National Criminal Information Center (NCIC) and the National Law Enforcement System (NLETS). He has also testified before Congress on matters relating to cyber war and information privacy.

Smith became a noted investigative journalist during the 1990s. It was at this time that he obtained massive amounts of materials detailing the transfer of advanced missile and military encryption technology to China. The detailed information was passed directly to Congressional committees and used to re-establish export regulations for satellites and space launch vehicles that are in place today. His reports have been covered by Insight magazine, USAF, “The Connection” Information Protection journal, E-SOURCES Online, U.S. Naval Institute Proceedings Magazine, NewsMax.com and dozens of other outlets. He is recognized officially as a journalist by the Central Intelligence Agency (CIA), National Security Agency (NSA), Dept. of Defense (DOD), Dept. of Justice (DOJ) and the U.S. Commerce Department (DOC). Smith frequently appears on national television and radio on matters of national security and international affairs.