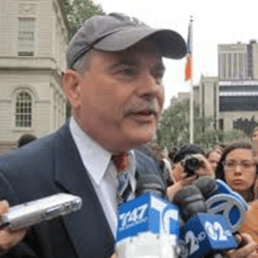 Chris Slattery, age 63, is a native of NYC, and he pursued a dream to support pregnant women and girls in need with real alternatives to abortion and he launched Expectant Mother Care-EMC FrontLine Pregnancy Centers in mid-town Manhattan in 1985, while also working in the advertising business.

Chris’s organization is now in its 34th year, and was NYC’s first crisis pregnancy center and is today the largest and busiest network of pregnancy help centers in NYC, and EMC also operated in San Antonio and Austin, Texas for 18 months from June of 2013.

ProLifeInterns.com is a project based out of a two family house in the Bronx, near the Bronx Zoo, and major subway stations. Already over 350 American and international students have lived and worked out of their new Bronx Life House, and in additional housing arranged for them

Chris pioneered the use of onsite ultrasound and pre-natal care in a crisis center in the mid 80s, and introduced 3D and 4D ultrasound in lifesaving work when the technology became available. He also pioneered using mobile ultrasounds with sidewalk counseling teams in major cities, at abortion clinics.