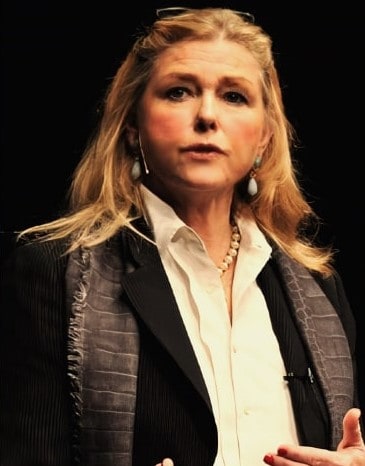 Christine Dolan is a broadcast and print investigative journalist, photographer, author, and recognized as one of the most seasoned investigators of human trafficking in the world.

Her career has focused on US and international politics and policy, wars/conflicts, humanitarian disasters, terrorist and criminal networks.

Since 2000, she has focused on human trafficking and terrorism worldwide on the street, and over the internet, as well as international politics and policy. She investigates not just those who are trafficked and trafficking, but also those who have been falsely accused of trafficking.

Before President Clinton signed the US Anti-Trafficking bill in October 2000, the International Centre for Missing & Exploited Children in the United States commissioned Ms. Dolan as an independent journalist to investigate the exploitation of children emanating from the Balkan Crises – a war she previously covered in the early 1990s.

At that point, she co-owned and produced an international policy series that was syndicated across PBS network. As a result of this commission, Dolan’s groundbreaking human trafficking report, Shattered Innocence – The Millennium Holocaust, was released at the National Press Club in Washington, D.C. in 2001, and endorsed by then UK Detective Paul Holmes, the head of the Interpol Trafficking Committee and Arnold Burns, former US Deputy Attorney General of the US. Holmes called it,

“the best work on human trafficking. Christine nailed the connection of the dots of this global phenomenon.”

Since that time, her reporting and investigations to fight slavery in the 21st Century have been acclaimed by Heads of States, and diplomats:

Since 2001, she has addressed human trafficking at the UN in Geneva and New York, the European Union, OAS in Ethiopia, and OSCE in Austria, and addressed the French National Assembly at the invitation of President Jacques Chirac. She has spoken before Rotary clubs, on university campus, and business leaders.