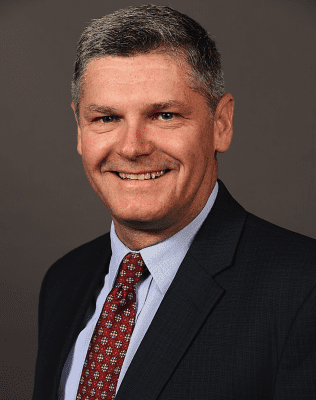 Colonel (Ret) Chris Wyatt, the Principal & CEO of the Indaba Africa Group, is a U.S. Army Military Intelligence Officer and Foreign Area Officer for Sub-Saharan Africa and past Director of African Studies at the U.S. Army War College in Carlisle, Pennsylvania, as well as a journalist, and radio personality. He was previously the Senior Military Advisor to the U.S. Mission to the African Union (USAU).

Colonel (Ret) Wyatt, a combat veteran, has extensive military, national security, and diplomatic experience across Europe, the Middle East and Africa with three tours in Germany, a tour in Italy, the Balkans, the Levant, Southwest Asia and further service in Africa with assignments in Tunisia, Liberia, Botswana, Malawi, Niger, Mauritania, Uganda and Ethiopia. His tours in Africa include duty as the Senior Defense Representative, Security Assistance Officer and Attaché assignments. He has taught undergraduate students at Iowa State University and post-grads at the U.S. Army War College. Colonel Wyatt has served at the Defense Intelligence Agency, the National Security Agency, the Pentagon, US Africa Command, in eight embassies in Africa, and at the US Army War College.

Colonel (Ret) Wyatt is a published author, with more than 36 years of experience in security, international development, and education in Africa, Europe, Southwest Asia, and North America. He received his commission as a Military Intelligence Officer from Ohio University in 1989. He is a graduate of the Military Intelligence Officer Basic and Advanced Courses, the Counterintelligence course, the Signals Intelligence course, Combined Arms Services and Staff School, Air Assault School, Command and General Staff College, and the United States Army War College. Prior to his arrival at Carlisle Barracks, he was assigned to the U.S. Mission to the African Union in Addis Ababa, Ethiopia, where he was the Senior Military Advisor to the mission and the U.S. Africa Command Liaison Officer to the African Union.

Col. Wyatt now uses his extensive experience in defense and security, strategic, tactical and operational intelligence as well as signals and counterintelligence, security sector reform, peacekeeping, international development, the health sector (HIV/AIDS, Ebola), defense acquisition, diplomacy, program management and speaks six languages to varying degrees of proficiency, to educate people around the world who are willing to see the reality of the evils of global communism and do something about it. While serving as an intelligence analyst he was the author of multiple Presidential Daily Briefs (PDB) for the President of the United States which had profound impact on US foreign policy and international relations.