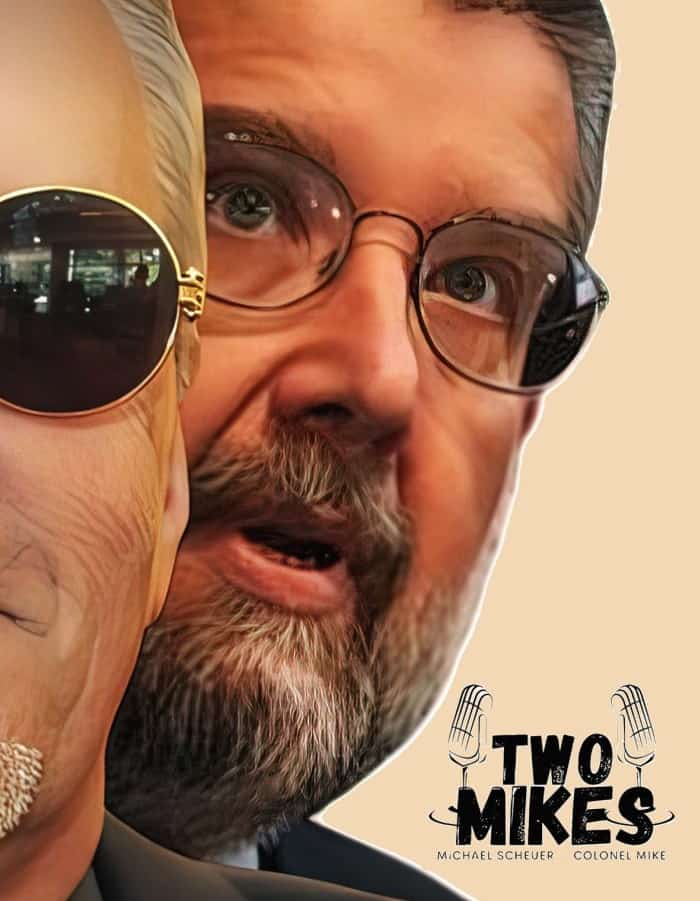 Dr Michael Scheuer & Colonel Mike co-host Two Mikes. This show discusses current events from a Pro-America, Constitutional perspective. These two have guest hosted radio shows for 6 years and are excited to join with like minded people on the new Freedom First Network.

Dr. Michael Scheuer is a former CIA analyst who ran the Osama bin Laden tracking unit, as well as the author of many books. Colonel Mike is also a former liaison & contractor for many years in South East Asia. He’s also an advisor and businessman with many contacts around the globe.

Two Mikes will be going into their third year on the Freedom First Network, with over 200 episodes; consistently ranking in the top 150 podcasts on Apple. Popular on Rumble and many other platforms.

Dr. Mike and the Colonel continue to introduce great conversation and subject matter to their now international audience.