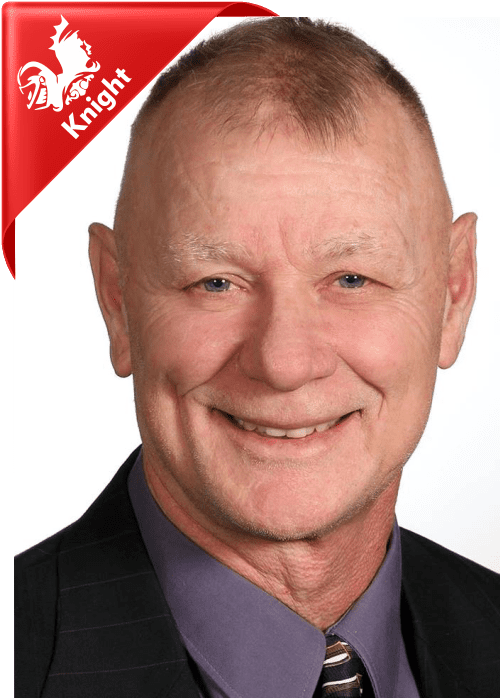 St. Louis County police officer Dan Page is best known for shoving CNN host Don Lemon while the journalist was covering the Michael Brown protests in Ferguson, Missouri. Page has since been suspended after video of his speech to a right-wing militia group, Oath Keepers of St. Louis and St. Charles, was brought to the attention of his superiors. In his speech Page claims to inside knowledge of a grand conspiracy against “Caucasian Christians.” However this is not the only time Page has expressed such views, as PRA has learned, he forcefully touted his claims on the TruNews radio show with Rick Wiles on July 10, 2014.

According to a USA Today interview with St. Louis County Police Chief Jon Belmar, Dan Page joined the police force in 1979, but spent about nine of the last twelve to fifteen years deployed with the Army. Throughout the TruNews interview, embedded below, Wiles addresses Dan Page as Sgt. Major and discusses only his military career. Neither Wiles nor Page mentions Page’s tenure with the St. Louis County Police.Wiles’ popular radio show is a combination of end-times prophecy and right-wing conspiracy theories. For example, this past week Wiles interviewed Walid Shoebat, who claimed, “Obama is destroying Christian America. That’s his assignment as a jihadist, it is to destroy Christian America.” Shoebat is a popular speaker on the end-times prophecy circuit, celebrated for his claimed inside knowledge of a Muslim jihadist infiltration of U.S. government. PRA has also reported extensively on Shoebat and his claims, including in our 2011 research report, “Manufacturing the Muslim Menace.”

The TruNews radio show starts with a dramatic opening introducing, “Trunews, the only newscast reporting the countdown to the second coming of Jesus Christ, and now for the most powerful hour on radio, here is the end time newsman, Rick Wiles.” Following the introduction, Wiles launches into an introduction of Page as being in charge of U.S. Army special forces in Africa and having inside knowledge of a plot to create a global regime.

Page follows with an equally grandiose and unbelievable account of his military career, recounting military exploits including Vietnam, paratrooper training, training in Germany for psychological and asymmetric warfare, and a recent assignment as the senior enlisted adviser to the commanding officer of Africom. Page mispronounces the names of places and countries with which he is supposedly familiar, while claiming that his military experience has provided him with inside knowledge of a grand worldwide plot to end American sovereignty and a one-world government and military takeover.