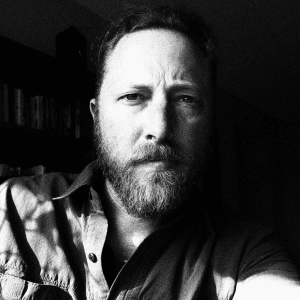 Currently working on first. (Topic) Masonic fingerprints within the Valley of the Sun

Cory Daniel (who joined us several weeks ago to tremendous Caravaner response) returns for part II today. Cory is a pioneer in the developing concept of “Occult Deconstructionism” which is the study of occult involvement in mass casualty events, highly publicized deaths and murders and missing persons cases, many of which are unresolved.

Cory is a writer/researcher and professional guide currently living in the Phoenix area. He is a third-generation Phoenician, born and raised in the Valley of the Sun and it is this ancient land which is at the heart of his research. Narrowly dodging the lobotomizing bullet of institutionalized indoctrination, he said no to college and opted for self-education. The age of 18 found him in Wikieup (Wick-E-Up) Arizona where he spent the next 10 years in the company of cowboys, prospectors, adventurers, and the occasional fugitive. Here he studied religion, physics, poetry, botany, philosophy, primitive survival skills, traditional archery and the occult. He rode for a local ranch working cattle the old way and teamed up with an old prospector to explore the surrounding mountains and canyons.

During this time in Mohave County, Cory was also environmentally and politically active. Organizing at a grassroots level, he and residents organized, challenged and ultimately defeated a proposed powerplant which threatened the Big Sandy Valley aquifer. It was a four battle, fought in city, county and state theaters before finally shifting to Federal battle grounds. This provided firsthand insight into the American legal and political systems, both the good, the bad. As It stands today, that proposal is the only powerplant ever denied siting by the Arizona Corporation Commission. And as it stands today, the Big Sandy Valley still has an aquifer. It was a true David and Goliath event.

Moving back to Phoenix with a proper education Cory concierged in a high-end Scottsdale resort and began to rediscover his hometown. Here, the combined interest in history and the occult allowed for a unique perspective which eventually gave rise to The Phoenix Enigma.
A self-described political occultist and esoteric analyst his most recent body of work involves De-Occulting public ritual false flag events and examining our collective occulted history. Cory currently enjoys work as a professional guide.