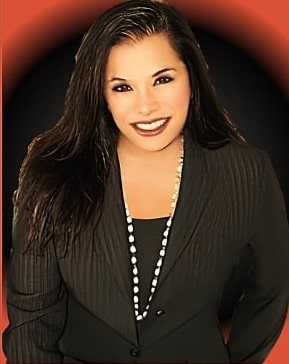 Cris began her career by clerking with the late Honorable Robert J. Kelleher in the United States Court for the Central District of California in 1994.  Judge Kelleher influenced her with his integrity, class, and his love of both the law and good lawyering. Cris represented Judge Kelleher as his own personal lawyer until his passing in 2011.  A great teacher, he taught her to command a courtroom, never back down, and to be prepared.

Cris a a past Board Member of the Century City Bar Association, the American Civil Liberties Union (Los Angeles), and the Academic Chair of La Raza La Students Association.  She was the Managing Editor of the Loyola Law Review and a National Hispanic Bar Association Scholar.

​Cris’s father comes from a hard-working Mexican family with immigrant roots, following the crossing of the Rio Grande in the late 1980’s.  Faustino Armenta’s biography, “Los Hijos de Orozco” is available on Amazon.  Cris’s mother emigrated from Venezuela in the 1950’s.  Cris has two children, including a transgender teen.  Cris is passionate about ensuring that both children live their best, true, authentic lives, and that they live in a world where they can speak freely and work to positively impact the lives of others.