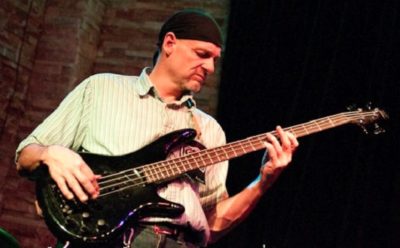 I am 53 years years old, an electro-mechanical tech with 30 years of manufacturing experience and a writer on the blogishere in earnest since 2000. I had my first inkling that things were not the way I thought they were when I really delved into the OKC bombing. It was an interview that I heard with Jayna Davis and I read her book “ The Third Terrorist” and I tried to use her investigation to justify the war in Iraq. It led me to meeting Brigadier General Benton Partin in August of 2004 in person in and having dinner with him and his wife at Ft Belvoir in Alexandria ,Virginia where he explained to me how the building actually came down and what happened to him after he tried to blow the whistle on it. He knew from talking to me that I was a Bush “neocon” but he did impress upon some things….like how dangerous Donald Rumsfeld was and as we parted and he shook my hand he said “The biggest lie ever told to America is that communism is dead”….it would be 8 years later before the realization of what he had been trying to say to me was indeed true. I stayed in touch with him for the longest time until he was no longer able to do so. His son Kirk and I are friends so I keep up with this incredible patriot. My journey began in real earnest in 2012 and I stopped taking music seriously, I stopped watching TV and I just started reading , listening to documentaries and lectures to digest as much information as I could. I developed this clarity of thought with the ability to retain information in ways that I never thought possible and the picture is very clear to me. I have been down the rabbit hole and my thirst for knowledge is what drives me. I threw off the programming and I got out of the “left versus right” paradigm….so much I want to share and and have people consider and weigh. This process has aged me physically but my mind is sharper than it has ever been.