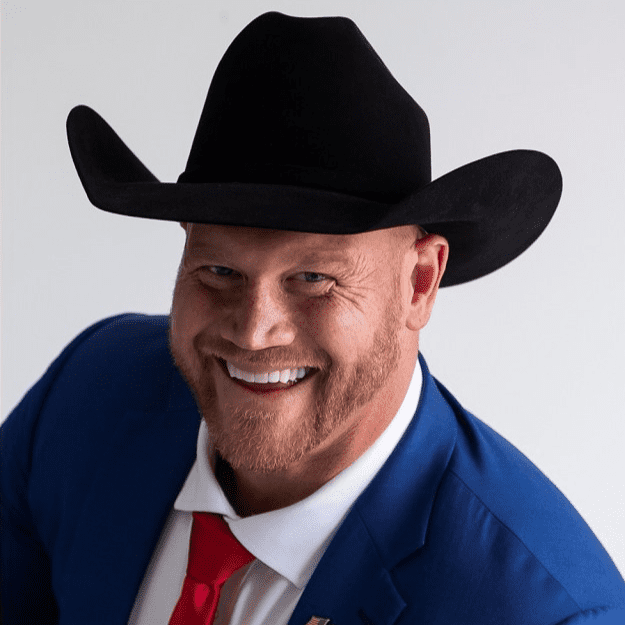 Dan Rodimer has traded in his wrestling championship belts for an authentic Texas rodeo buckle . He’s lived in 8 different states throughout his athletic career and is the reigning champion of campaign ads . His Nevada versions include a great parody offering himself as a remedy for” America’s Hangover” complete with a live tiger and the guys at “Pawn Stars” even identified his opponent as “a Fake”.

Dan Rodimer grew up in Rockaway, New Jersey, and attended Seton Hall Preparatory High School in West Orange. Before wrestling, he played football at the University of South Florida, Rodimer attended the Ave Maria School of Law and graduated in 2013.

Big Dan played semi-pro football for the Tampa Bay Barracudas and in the Arena Football League. He also worked as a personal trainer.  Rodimer got into wrestling by becoming a contestant in the 2004 Tough Enough competition On July 12, 2006, Rodimer was signed to a developmental contract with World Wrestling Entertainment and was assigned to Deep South Wrestling. His first match came on September 7, when he defeated Heath Miller. On September 24, he had his first televised match as Dan Rodimer, defeating Tommy Suede.

Rodimer spent the first half of 2007 wrestling primarily in Ohio Valley Wrestling, WWE’s other developmental territory. He’s feuded with adversaries Atlas, DaBone, Eugene and many a grappling opponent, finally retiring from wrestling in 2007.

In 2018, the real fights with the real-life heroes and villains in the political ring began as Rodimer ran for Nevada State Senate. He lost to Valerie Weber in the primary.

In 2019, Rodimer announced his bid for Nevada’s 3rd congressional district. He lost to Susan Lee in the general election.

And now, as of March 2021, he’s announced his candidacy for Texas’s 6th congressional district special election.

Rodimer resides in Mansfield, Texas, with his wife, Sarah, and their six children.