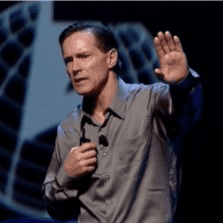 BOOK: Geoengineering: A Chronicle of Indictment by Dane Wigington

DVD: A commercial copy of the DVD “Climate Engineering, Weather Warfare, And The Collapse Of Civilization” is available with an informational package shown in the “Book” section on the tool bar at the top of the GeoengineeringWatch.org home page. The full informational package includes the DVD, book of GeoengineeringWatch.org research articles, booklet, flyer, “Stop Climate Engineering” bumper sticker, and informational card. The price is $25 total (shipping and tax included). This fee is only slightly over the cost of the materials / shipping / handling, etc (any remaining proceeds will be put back into the awareness raising effort). The DVD is also a part of the flyer package and the booklet package shown on the left side of the geoengineeringwatch.org home page. The DVD contains 5 menu presentations with a total run time of over 3 hours. Included in these presentations are testimonies from former government scientists, former pilots, and physicians, and more.

Dane Wigington has a background in solar energy. He is a former employee of Bechtel Power Corp. and was a licensed contractor in California and Arizona. He has been engaged in constant climate/geoengineering research for the last 15 years. His personal residence was feature in a cover article on the world’s largest renewable energy magazine, Home Power.

Dane owns wildlife preserve next to Lake Shasta in northern California. Dane put all his focus, efforts and energy researching the climate engineering issue when he began to lose very significant amounts of solar uptake due to the ever-increasing “solar obscuration” caused from jet aircraft spraying in the skies above his mountain-top home. He also noted a significant decline in forest health was occurring and appeared to be accelerating. Extensive testing and research into the geoengineering issue was commenced and has continued since 2002.

He is the lead researcher for www.geoengineeringwatch.org and has investigated all levels of geoengineering from stratospheric aerosol geoengineering (SAG) to solar radiation management (SRM), to ionosphere heater facilities like HAARP. Dane has appeared numerous films, and radio interviews in an effort to educate the public on the extremely dire environmental and health dangers we face from the ongoing global climate intervention programs. Dane lives in Shasta County, California.