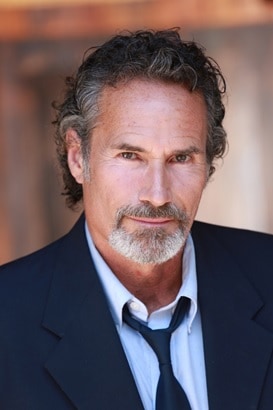 As an eighteen year-old, David Heavener moved from Louisville to Nashville where he penned two Top Ten Country hits and wrote for Johnny Carson and Hee Haw. He also wrote and recorded a Christian classic rock album.  Eventually David made his way to Hollywood with absolutely no experience or connections in the film industry. However, within three years David was proclaimed as one of Hollywood’s most successful indie filmmakers. In his online filmmaking academy David shares his “secrets of Hollywood success,” including how he became an award-winning filmmaker and actor producing and distributing hundreds of features for HBO, Showtime, USA and others worldwide. David has starred with legends such as Tony Curtis and Martin Landau. Martin says, “David’s film Eye of the Stranger is one of the best-directed indie films I’ve starred in.”

David’s nonprofit has benefitted foster children; he also mentors young people through education in music and the arts.

Though he grew up in the church, he strayed as a teen until God drew him back home.  Years later, as a filmmaker, he began to separate his business world from his Sunday “Spiritual” world.  God intervened though, and took him through a grueling process of learning integrity.

Since then he has been preaching weekly for three years in California.  Three years ago he qualified to be on staff with North American Mission Board, ministering in Atlanta – the “Hollywood of the South.”

Now he is on mission to proclaim truth he has been waiting to release at the right time.  It’s a message that’s been burning inside since 2012 and now God has said it is time to build the community to prepare to deliver the message.