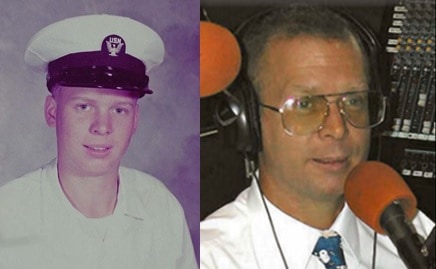 He might be called an “Odd Fellow”. His mother tells the story of him informing her in his early high-school years that parts of Einstein’s Theory of Relativity were incorrect. She also tells of how, as children, when David’s brothers wanted to play with Tonka Trucks, David wanted to wear a lab coat in the laboratory they created for him at his request in the garage. All that know him will agree that he’s always been short on social skills and long on brains, tenacity, creativity, outspokenness and passion for whatever cause to which he’s presently committed.

David loves his country and his government as he demonstrated when he joined the Navy during the Viet Nam war. By the same token, he makes no secret of his distain of government corruption and judicial injustice. Unlike some who work ‘behind the scenes’ to “right the wrongs” of society, David has often employed unrestrained voraciousness and has gone after ‘wrong-doers’ inside and outside of the government with a bulldog-like approach.

His first face-off with the government occurred in the early 90s when he uncovered a county government scheme to defraud taxpayers of money collected under the auspices of an endangered “desert tortoise” fee. David’s expose caused four of the five county commissioners not to be re-elected.

David Hinkson went on to exhaustively research the Internal Revenue Code and determined that he was not a person required to file income taxes. Like a Ph.D. student anxious to deliver a long-researched dissertation, David wanted the opportunity to have his day in court to express his views. Rather than being granted the opportunity to appear in a civil court of law, David Roland Hinkson was thrust into the clutches of Federal Prosecutors in the criminal justice system

Regrettably, David now resides in one of the most dangerous maximum Federal Prisons in the United States, accused of crimes he did not commit – a result of perjured testimony, which was known by this government , to be false, at the time of Dave’s lengthy trial.

David appreciates all letters he receives. His new prison mailing address is: