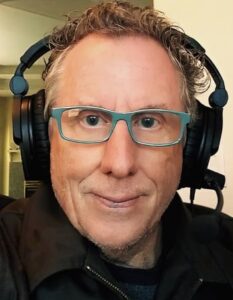 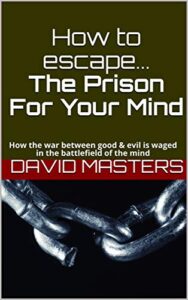 Winner of three, LA Comedy Awards in the voice/production category – 2 awards with Greg Broadmore (Weta Workshop) for Most Hilarious National Radio Advertisements and Best Web series. for 5 years I produced numerous audio projects for Weta including ads for Lord of The Rings, District 9, Halo, and Dr Who collector items including the graphic novel written and illustrated by Greg Broadmore entitled “Victory” which I voiced and produced solo.

“David is the most talented broadcast writer I have ever met.” – Erich “Mancow” Muller
TV producer for “Mancow” Special on Fox News – As Senior Executive Producer at Talk Radio Network with 4 of the top 10 rated US talk radio programs in syndication.

Talk Radio brings to listeners a man of rare talent and wisdom. David, as a talk radio host and counselor, combines the wisdom of Judeo-Christian spirituality with the insights of modern depth psychology. With clarity, sensitivity, skill and powers of discernment, he brings callers to their own awareness and the healing powers that lie within the human soul. His wise practical counsel combined with the observation/meditation exercise bring much help to a wounded world. I count this gifted healer among the most talented of our time. He brings to callers a rare combination of depth and skill guided by the qualities of presence, understanding, strength and love flowing from the center of his own being. I am honored to have him as a colleague in the healing professions.