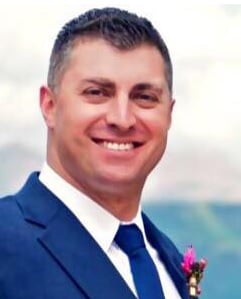 Over more than a decade of creating and growing technology-based businesses, David Rich has excelled in developing effective forward-thinking concepts.

Starting as a branding and business growth consultant, with large firms, in-house, and on his own, David succeeded in helping brands establish or improve their market position. While working with companies such as BMW, 3M, Bank of America, Oster, Sunbeam, Mr. Coffee, Travelpro, and many more in an agency capacity, he assisted with growth-based strategies including content and experiential marketing, strategic partnerships, and online implementations.

In 2009, he chose to return to school for a Masters in Accounting in an effort to improve my ability to build investment models and clarify client ROI. While completing his degree, David became the first winner of Florida Atlantic University’s annual business plan competition to establish an operational, investor-backed company. As the Founder & CEO of Off The Quad, Inc., he was able to leverage the success at the competition into $450,000 of angel funding, taking the business from conceptualization to reality and launching this hyper-local daily content company in 13 markets.

David followed up this entrepreneurial venture at Bonnier Corporation where he immediately established himself as the leading authority on emerging technologies and had the opportunity to re-imagine the business model for a top publishing company, as print companies struggle in a growing digital economy. Bonnier’s decision to decrease its presence in the United States has led to David’s opportunity to launch Lincoln & Grant using the same concepts and models he developed in his time with the company.

Through the use of new technology, partnerships, and aggregation strategies, David has developed a record of effectively leading Bonnier and other digital media clients to significant and measurable increases in traffic and revenue. Among those successes was an increase in traffic from 50,000 to more than 3.5 million MAU for a single client in a recent 5-month consulting engagement by leveraging the concepts that provide the foundation for Lincoln & Grant. It was this success that cemented David’s decision to pursue the launch of this business and provides the confidence in its future success.