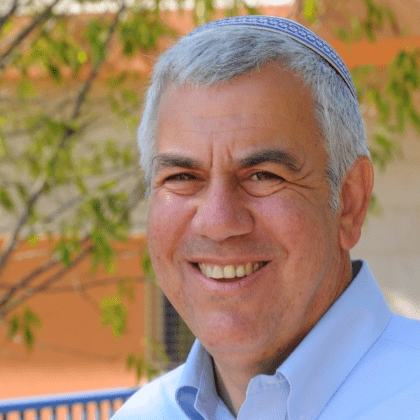 Trump and The Jews

The Islamic Tsunami: Israel and America in the Age of Obama”

David Rubin is a former mayor of Shiloh, Israel – in the region of Samaria, which together with Judea, is known to much of the world as the West Bank but known to bible readers as the hallowed ground where the Tabernacle of Israel stood for 369 years, in the time of Joshua, Hannah, and Samuel the Prophet.

David Rubin is founder and president of Shiloh Israel Children’s Fund – dedicated to healing the trauma of child victims of terrorist attacks, as well as rebuilding the biblical heartland of Israel through the children. Shiloh Children Children’s Fund was established after Mayor Rubin and his three-year-old son were wounded in a vicious terrorist attack while driving home from Jerusalem, leaving his son in critical condition. Rubin vowed to retaliate – not with hatred, nor with anger, but with compassion – to create positive change for Israel and its children.

Rubin has become an unofficial spokesman for Israel and the biblical heartland of Israel, with his books that speak the truth about what’s really happening in Israel and the Middle East. Rubin also has written extensively about the Israel US relationship, as well as the very real threat of Jihadist Islam to Judeo-Christian civilization, as well as . These books have included, “The Islamic Tsunami: Israel and America in the Age of Obama”, “Peace For Peace”, and his latest book, Trump and the Jews.

David Rubin appears as a frequent commentator on Fox News programs including Tucker Carlson, Fox & Friends and Stuart Varney, Newsmax TV, and many other television and radio shows, while his articles have appeared in the Jerusalem Post, Israel National News, and numerous other publications. A featured speaker throughout North America and elsewhere, Rubin is known as the “Trusted Voice of Israel”. Born and raised in Brooklyn, Rubin resides in Israel with his wife and children on a hilltop overlooking the site of Ancient Shiloh, the hallowed ground where the Tabernacle of Israel stood for 369 years, in the time of Joshua, Hannah, and Samuel the Prophet.