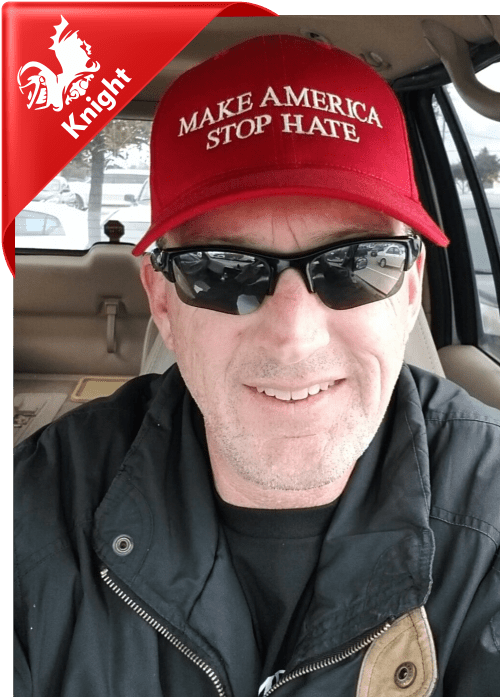 David Sumrall created StopHate in 1992 as a result of the L.A. Riots in the ambition of bridging the divide and to bring peace and healing to conflict. Educating people about rampant divisiveness supported by the media, with a focus on communication and community is a critical focus towards this remedy. “We have participated in peaceful protests, rallies, and community meetings to help open communication and educate people that not everyone chooses hate as a first response. In the mid-90’s we stood against groups including the KKK, and rhetoric against certain leaders in groups including the Nation of Islam”.

Fast-forward to now, we’ve been active in local communities, and developing relationships with other social media influencers to build a bigger team, pool resources, spread our message to a bigger audience, and organize toward what our vision of victory looks like.

Meanwhile, media fakery and dramatic exaggerations continue to literally start and stoke the fires of divisiveness today. Whether our personal differences are, or are not based upon; racial, political, religious, socio-economic, dietary or sexual preferences, vax or non-vax, mask or non-mask and now even Coke or Pepsi…you can be sure there’s a network and a news team near you that’s all too eager to try and turn personal preferences into hatred and even violence. If it bleeds it leads and if something or somebody isn’t bleeding, they’ll do their best to make look like it, even if it means a close up shot of theatrical blood and some all too real crisis actors chanting a staged narrative.

Through the magic of media sorcery, even a colossal peaceful demonstration of freedom, prayers, hymns and patriotic revelry can be made to look like a most violent and vitriolic melee’. But once you’ve seen “The Man behind the curtain” for the first time, you’ll be sure to always look for him thereafter. He still depends on those with no brain, no heart and no courage to oblige and enable his deceptions. But those who have seen his face no longer believe in his tricks or fear his mistress, the evil witch behind the teleprompter and her flying monkeys reporting “on the scene”.

David Sumrall was one of many thousands of Americans who attended the historic events of January 6th 2021 in Washington DC. His reasons for embracing that moment in time were far from the events that were most singularly portrayed and focused upon by the mainstream media. Thankfully, David’s eye for citizen journalism was behind a lens that captured some most revealing counter narrative events, happenings and activities that strangely weren’t shown on the 6 o’clock news or at any other time for that matter. It’s a good thing he’s here to tell us about it personally…