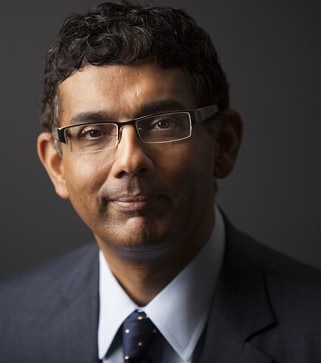 Dinesh D’Souza is a bestselling author and filmmaker. His films, 2016: Obama’s America and America: Imagine A World Without Her, are respectively the #2 and #6 highest political documentaries of all time. Born in Mumbai, India, Dinesh has truly lived the American Dream. He moved to the United States to attend school on a Rotary Scholarship. Following graduation from Dartmouth University he went on to work in the Reagan White House as a policy analyst. D’Souza has served as a John M. Olin Fellow at the American Enterprise Institute, and Robert and Karen Rishwain Fellow at Stanford University. D’Souza has won numerous awards including “Best Documentary” for America (The Dove Foundation), and he has been called one of the “top young public-policy makers in the country” by Investor’s Business Daily.