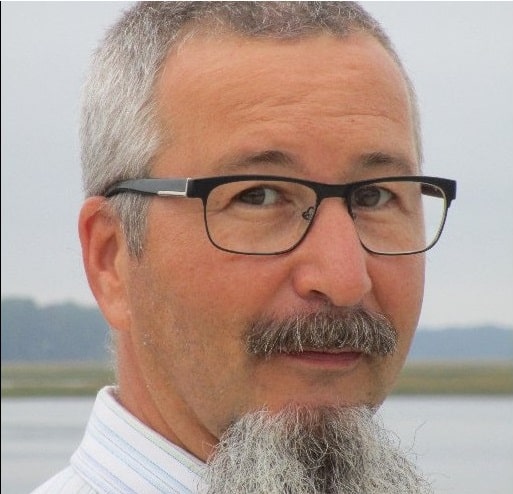 Dmitry Orlov was born in Leningrad in the 60s and moved to U.S. as an elementary school student in the 70s, eventually graduating from high school and then college in the Boston area. He traveled back to Russia on many extended visits before, during and after the Soviet collapse, observing much of it firsthand. This led to a popular blog and eventually several books about collapse and sustainability, which you can find on his Web site at ClubOrlov.blogspot.com.

Earlier in his career, Dmitry used his degree in computer engineering in fields including high-energy physics, software engineering and internet security; he also has a degree in applied linguistics, which came in handy in various roles in advertising, publishing, and translation. Along the way, he become interested in sustainable living arrangements, which led him to eliminate the permanent job, the house and the car as the three least sustainable elements; he, his wife, and their son now live on a sailboat, dividing their time between Boston Harbor and points south.