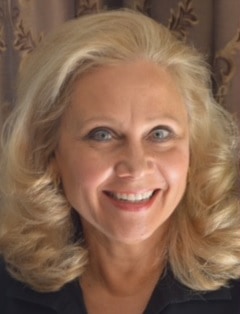 Dolly entered college at SMU (Southern Methodist University) as a 16-year-old piano major in 1964. In 1974, she returned to Dallas to attend SMU School of Law. At that time, she was a newly-single mom with three daughters who were entering kindergarten, first, and third grades. (Dolly is thinking about writing a “how-to” book based on that three-year adventure.) While in law school, she worked occasionally as a model at the Dallas Apparel Mart and as a house model for a women’s clothing manufacturer; she also bought, remodeled, and sold houses. In 1977, Dolly passed the rigorous Texas Bar Exam (without taking a bar review course) even before graduating from SMU with a Juris Doctorate.

Dolly quit her first law-firm job over an Ethics issue. She was never a Miss Goody Two Shoes, but believed that lawyers must maintain the highest standards of ethical conduct in all their professional transactions. Her boss was not so inclined.

Disillusioned with lawyers just three weeks into her legal career, Dolly returned to her passion for working with real estate. Eventually, the mayor of Dallas asked her for help with the issue of deteriorating neighborhoods in various areas of the city, and Dolly responded by founding the non-profit Lawyers for Affordable Housing (LAH) to assist low-income homeowners with real estate matters such as clearing titles and housing consumer fraud.

LAH was featured in an ABA (American Bar Association) monograph, and was nominated for the State Bar of Texas Pro Bono Organization Award. Dolly co-chaired the first Dallas Bar Association “Home Project” which has continued to build a Habitat for Humanity home in Dallas every year for a quarter century. Dolly was named a Fellow of the Texas Bar Foundation for her “outstanding contributions to the administration of justice.” That honor is limited to 1/3 of 1% of Texas attorneys.

Dolly served as an author and speaker for the State Bar of Texas Professional Development Programs in Real Estate Law. She is very proud to be a songwriter member of ASCAP (American Society of Composers Authors and Publishers) and of the CMA (Country Music Association). She has served as a choir director, a teacher of math, Spanish, and music, and as an Adjunct Professor of Writing.

Like many people who are professionally successful and who outwardly appear to “have it all together,” Dolly harbored hidden issues that needed to be addressed. She began writing therapeutic journals to work through her feelings, and she soon realized that the journals were filled with interesting stories that could be the basis for a novel.

She was still involved in her on-again, off-again love affair with her childhood friend/high school boyfriend Billy Clinton, who was the governor of Arkansas at the time. She talked about her book ideas with him, and he encouraged her to write what was in her heart. Dolly compromised by fictionalizing the setting and characters, primarily to disguise the identity of the ambitious politician. If Billy Clinton had been content with being governor, there might not have been a problem.

Various “journalistic” sources online provide some of the ensuing history, including the 30th high school reunion scene, the federal lawsuits, Billy Clinton’s blatantly false and perjurious testimony about the (believe it or not!) high school reunion, the public portions of the impeachment proceedings, the overt and covert operations against any woman (or man) who dared to speak about Billy Clinton’s sexual abuses, and plenty of articles about Dolly herself, many of which contain more fiction than fact.

Having survived the personal and professional attacks against her for telling the truth in fiction as well as under oath, Dolly is happily living back home in Arkansas. Her children are grown and healthy; her pets have all been buried; and most of her house plants are silk. Life is good.