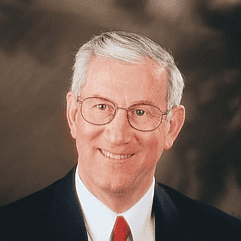 Don Stenberg (born September 30, 1948) served as attorney general of the state of Nebraska from 1991 to 2003 and later served as the Nebraska state treasurer from 2011 to 2019. He previously served as and also served as legal counsel to Nebraska Governor Charles Thone from 1979 to 1983.

As a pro-life Republican, Don Stenberg made history by helping end partial-birth abortion in the state of Nebraska that was widely believed to be able to reverse the 1973 high court decision Roe vs. Wade that legalized abortion. Unfortunately, the 2000 Supreme Court was too liberal and overturned Stenberg’s legislation in Stenberg v. Carhart  instead of Roe vs. Wade.

Today Don Stenberg is on a media and book tour aimed at exposing evil in realms that go far deeper than our mere five dimensions, in the hope of the eyes of American citizens and leaders joining his decades-old quest to end abortion.