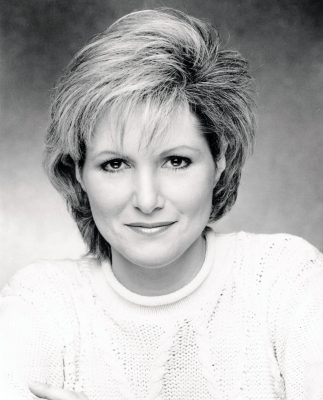 Donna Fiducia gained international recognition when she was hired by The Fox News Channel, New York, NY in September 1999 as an anchor and live host.

In 2003, she was reassigned to overnight duty where she was both a long-form and news update anchorwoman. In late 2006, she retired from The Fox News Channel and relocated to Georgia.

Prior to The Fox News Channel, she worked at Fox-owned WNYW in New York City. In her four years at WNYW, she was a general assignment reporter for the 10 o’clock news.
She also anchored Good Day New York and Good Day Sunday where she not only anchored the news but did celebrity and lifestyle interviews. Fiducia gained national recognition as the host of Entertainment Watch on VH-1, featuring entertainment news and celebrity interviews from movie stars to musicians. Donna became New York’s first television helicopter traffic reporter at WNBC-TV in 1995.

She was also a general assignment reporter for Live At Five, the 6 and 11 o’clock news and Weekend Today. Donna began her career at Shadow Traffic in New York.
She went on to report from WNBC Radio’s “N Copter” where she worked daily with Howard Stern and Don Imus. She was also the news director and morning news anchor of the famed rock radio station WNEW-FM.

Donna also has done some acting in the first rap-influenced feature length movie, Tougher Than Leather with Run DMC, and on the 1980 CBS television show The Equalizer in which she performed the role of a  newscaster. In 2006, she was in the movie Being Michael Madsen in which she again played the role of a reporter. Donna graduated from Columbia High School in Maplewood, NJ in 1975, and subsequently graduated Magna Cum Laude from Seton Hall University with degrees in both Communications and Political Science.
She was active in the college’s radio station, WSOU-FM. She also studied flute and piccolo during this time. She is an avid horseback rider and has won numerous state and national championships in equestrian events as a hunter/jumper.

In addition, she is competing at barrel racing in rodeos. Currently, Fiducia resides in Georgia where she owns, raises and trains champion  warmbloods and quarterhorses
on her horse farm, Double D Ranch. In 2007, she founded her own Georgia-based production company, Donna Fiducia Productions, Inc. which specializes in media production, soundtrack music, voice-over talent, media training, and political campaigns marketing. She currently serves as President and CEO of the company. And in 2016, she was selected as a GOP Delegate for Carroll County,
Georgia. In addition, Donna is in demand as a featured speaker, college lecturer, and as a moderator. She is also a media coach and political adviser. Catch Donna, along with Don Neuen, as they team up each week on Cowboy Logic Radio. You can find them on both Justice and Liberty on Red Nation Rising Radio!