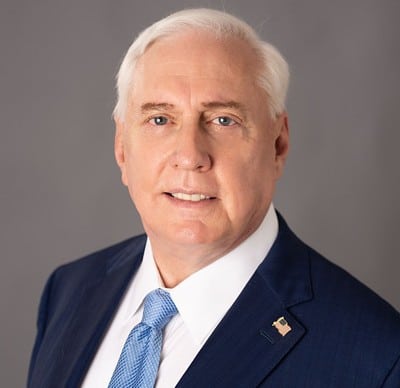 Douglas Macgregor is a decorated combat veteran, the author of five books, and a PhD.  He is currently the executive VP of Burke-Macgregor Group LLC, a defense and foreign policy consulting firm in Reston, VA.

He was commissioned in the Regular Army in 1976 after 4 years at West Point and 1 year at VMI.

Macgregor was awarded the Bronze Star with “V” device for valor for his personal leadership in the Battle of 73 Easting, an action that destroyed a Republican Guard Tank Brigade on 26 February 1991.  In 1999 Macgregor served as the Director of the Joint Operations Center at SHAPE an assignment that involved Macgregor in the conduct and planning of operations during the Kosovo Air Campaign.  In January 2002, Secretary of Defense Donald Rumsfeld insisted that General “Tommy” Franks meet with, then, Colonel Macgregor on 16-17 January 2002 to hear Macgregor’s concept for the attack to Baghdad.  Macgregor’s offensive concept was largely adopted.  The concept that called for a rapid advance with armor directly into Baghdad and assumed the restoration of the Iraqi Army and no American military occupation of the country.

Macgregor retired with the rank of Colonel in 2004 after 28 years of service. His books on military affairs have been translated into Hebrew, Chinese, Russian and Korean.  His newest book, Margin of Victory: Five Battles that Changed the Face of War and their Lessons for the 21st Century, will be available from Naval Institute Press in the spring of 2016.

VIDEOS/MOVIES MADE:
Warrior’s Rage is now the basis for a full length feature film sometime in 2018.  The documentary can be viewed here: http://www.dailymotion.com/video/x1objo1_greatest-tank-battles-the-battle-of-73-easting-military-history-war-documentary_tv