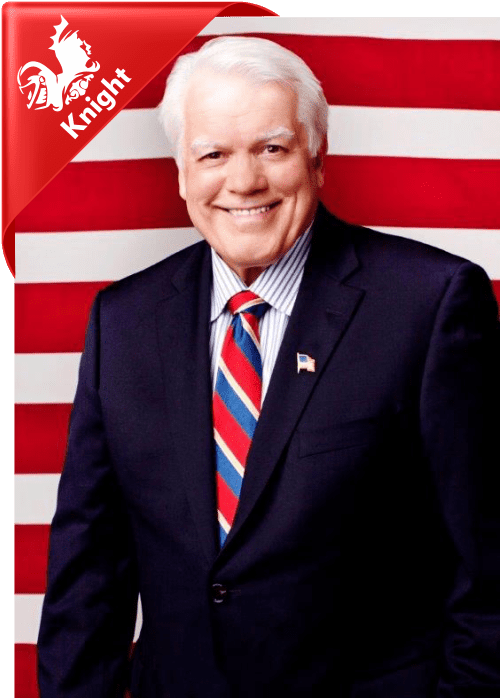 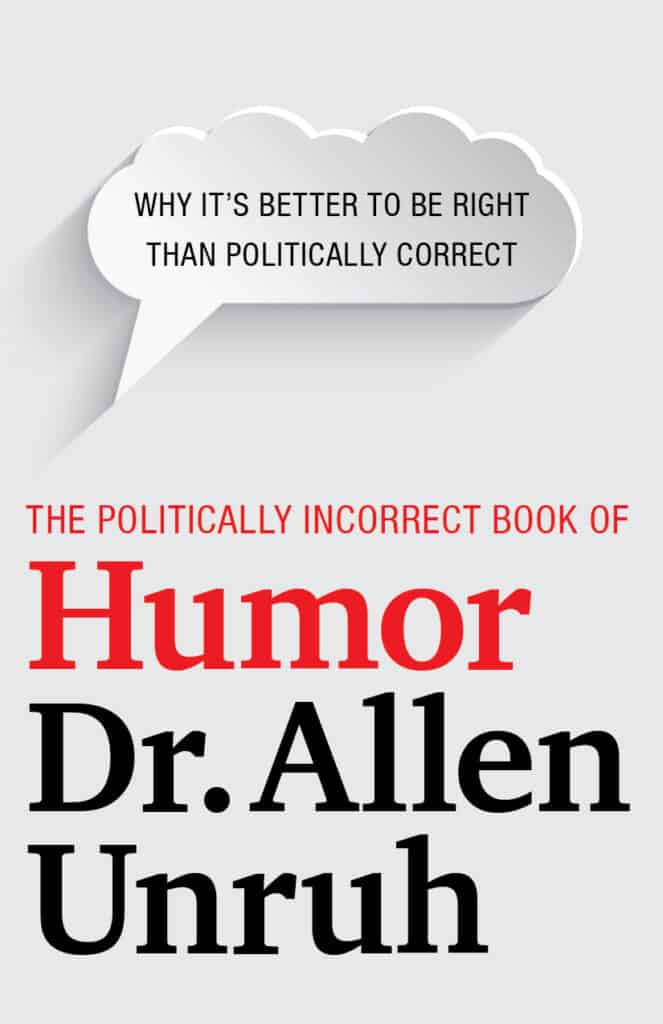 The Politically Incorrect Book of Humor: Why it’s better to be right than politically correct

Dr. Allen D. Unruh is a nationally known speaker,  author,  former U.S,. Congressional Candidate and frequent radio/television guest,  having appeared on NPR,  and Fox,  and Democracy Now.   He has spoken at events from the U.S. Capital at the first national Tea Party event reaching 1.9 million people to Mount Rushmore and State Capitals and political events across the nation.   He has been a keynote speaker at a “Reclaiming America”  conference with Coral Ridge Ministries where he and his wife Leslee received the Salt and Light Award.      He has been interviewed on Richard Land Live,  Bott Radio Network,  Salem Communications,   Point of View,  Relevant Radio, NPR,    and numerous other national radio shows including Rosanne Barr,  and the Alan Colmes show.

When the Tea Party movement started he mobilized the first one in Sioux Falls which attracted 4,500 people and it was the only place in the nation where a live re-enactment of the Boston Tea Party took place.  He was a keynote speaker on Freedom for doctors and patients  at the State Tea Party Rally in Montana,  the Take Back America conference of Phyllis Schlafly in Missouri,  and twice  at the Council for National Policy conferences on health care reform.      He was the keynote speaker at the Boston Tea Party in  Boston Massachusetts,  and was a guest on the TV show,  “Vital Concerns”  with Dr. Mildred Jefferson.    He was a keynote speaker at a “Reclaiming America” seminar in Fort Lauderdale,  Fla.

Dr. Unruh has been a delegate to three national Republican Conventions,  and state chairman for two Presidential candidates,  Jack Kemp and Pat Buchanan.      He and his wife Leslee founded the Alpha Center,  one of the largest pregnancy care centers in the country reaching 6000 clients/year.    They also founded the National Abstinence Clearinghouse with 1,800 affiliates in 118 countries.   Past president of the SDCA he founded the “Free Choice Initiative”  addressing the inequities in the 3rd party system of health care.     He was appointed national chairman to change the focus of the tea party movement to oppose the government take over of health care.  Dr. Unruh has been in active practice since 1970.    He has authored 5 books including “If the Government Doesn’t Get Off Our Backs,  The Whole Country Will Need A Chiropractor,”    “Laughter Is The Best Medicine”,  and “The First Clean Sex Quote and Joke Book.”  His latest is:  “The Politically Incorrect Book of Humor”   Why it’s better to be right than politically correct.  It consists of 2,500 political jabs on over 150 subjects.  He has done interviews on this book with Point of View with Penna Dexter with 150 stations nationwide.,  The Adam McManus show,  The Scott Hennen show,  and several other national radio shows.

Awards:
Dr. Unruh has been given the “Salt and Light” award by the Vitae Foundation;  The “Chiropractor of the Year”  award from the SDCA;  “Physician of the Year”  from the National Republican Congressional Committee;  “Humanitarian of the Year”  by the Alpha Center;  “The Rosa Parks Award”  from the Family Heritage Alliance in South Dakota.  His hobbies include racquetball and stand up comedy.   He and his wife Leslee have 5 grown children and 16 grand treasures.