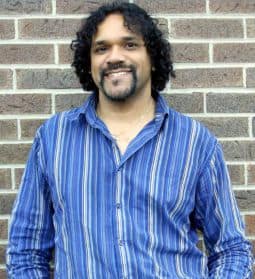 By 2010, Dr. Anthony Hutchinson (“Doc H”), a Doctor of Psycho-Social Clinical Practice, was well on his way to becoming a leading Court-certified Psycho-Social Forensic Assessor as well as a nationally recognized, Judicially qualified criminal street gang expert. Four years earlier, Doc H was identified on the front cover of academic periodicals as an up-and-coming university professor under the age of 40 in Canada’s largest province. Three years later, he was recognized by the Government of Canada’s Ministry of Citizenship & Immigration as one of only ten Canadians to be awarded the prestigious federal Citation for Citizenship. Soon after, his being engaged as a high-profile expert community contributor was called upon to help launch the City of Vancouver’s drug prevention/intervention strategy in anticipation of the 2010 Winter Olympics.

His leadership gifts later led to him directing a community wellness and development project and overseeing a multi-million-dollar budget, to now operating a successful private practice and teaching at Tyndale University while also trying to get his book written in between classes and patient appointments.

Prior to such accolades and accomplishments, Doc H’s perilous life journey was mired in family chaos, relentless rejection, anger, unbridled racism, and street gang thuggery. He actually once threatened to shoot, his first Christian mentor in the head, even telling him so. But Doc was miraculously overwhelmed by his “target’s” conviction as he said it would be ok, firmly, and faithfully stating he knew where he’d be going and joining the Lord if the trigger was pulled. That moment was a gift that he is still unwrapping.

The dynamic account of his life transformed by the power of mentorship, education, faith, and determination against all odds is a developmental journey delineated by markers of despair, grace, and mercy over a multi-layered tapestry of mixed-race complexities and fragmented human development. Yet all things culminated in God’s possibilities of hope. Today, he joins us to discuss a topic within psychology that appears every year at Christmas, and this year’s version has a very unique and special significance.